One of the stars of Sharon, Lois & Bram has died at the age of 78 after a battle with cancer. That star was Lois Lilienstein who passed away in Canada, according to her son.

Her group, Sharon, Lois & Bram, formed in Canada in 1978 and famously performed at the White House on Easter Sunday 1994. Global News in Canada reports that she had suffered from a “rare form of cancer.” She was diagnosed in October 2014. In a statement, her son, David, said “She knew it was happening, she was at peace with it, and she died very peacefully and not in pain. The care that she received at home through the various providers was stupendous.” Her former partner, Sharon Hampson, told CTV:

It’s kind of hard to believe, we haven’t been singing together much in the last few years because Lois really had kind of withdrawn from all of that, but we were constantly in touch. We fought like sisters but we loved each other like sisters, too. I just miss that relationship.

She came from a different musical place than Sharon and me. Sharon and I came out of the folk music world and she came out of the Broadway world. So it was a very interesting combination and I think that partly explains the success that we had. (It’s) very sad. It’s a shock. We’ve been together for 37 years. It’s like a marriage.

2. A Canadian Politician Said Lilienstein Was ‘Part of the Magic of Our Childhood’

According to her Facebook page, she’s a native of Chicago and attended the University of Michigan. Her son, David, who announced her death, has said there will be a public event to mourn his mother. Toronto city councillor Josh Matlow told the Global News about his experiences with Lilienstein “She, along with Bram and Sharon, were part of the magic of our childhoods. Their music played a very special role in so many of our lives. Even today, those of us who are in our 30s and 40s can still sing verbatim the lyrics of ‘Skinnamarink.’ Lois dedicated her career to making children the world over so happy by her music. And I think I know that we are all grateful.” In the 1990s the group was last on TV in Canada with their show Skinnamarink TV that ran for 52 episodes. Other shows such as, Sharon, Lois & Bram’s Elephant Show, ran in the U.S. on Nickelodeon for over ten years, according to the group’s official website.

3. She Was in an Adam Sandler Movie

She also starred in Billy Madison with Adam Sandler. She retired from show business in 1998 when her husband, Ernest, died. Her husband has a library named in his honor at York University in Toronto. Despite her leaving, Sharon and Bram continued to perform, reports CBC. She came out of retirement briefly for a role in the 2012 Antonio Banderas movie Ruby Sparks.

Fans of the group have taken to Twitter to mourn the loss of Lilienstein.

RIP Lois Lilienstein. Such a great lady to chat with.

RIP Lois Lilienstein. Her voice motivated generations to understand the beauty of music at a young age. #Canadianity pic.twitter.com/afYsSSILYh

5. She Was Also a UNICEF Ambassador

Lois Lilienstein was also a UNICEF ambassador. The charities’ causes were integrated into the trio’s shows in the 1990s. 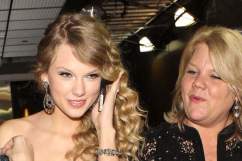 Read More
5 Fast Facts, Breaking News, Celebrities, Deaths, R.I.P.
One of the stars of Sharon, Lois & Bram has died at the age of 78 after a battle with cancer.