On season 7 of Real Housewives of New York City, viewers see cast member Ramona Singer going through one of the hardest times of her life as she’s in the midst of divorcing her longtime husband Mario Singer. After Mario cheated on Ramona, she had to move on with her life, though she wished they could mend their relationship. Read on for the details on their marriage and it’s unfortunate end.

1. The Couple’s Daughter Avery Singer Appears to Have Been a Big Support System for Her Mother

When Ramona and her husband’s marriage was falling apart, she said that Mario came home to talk with both her and their college daughter Avery about how he was feeling. Ramona said that her husband explained he was unhappy with his life, which his daughter took offense to saying that she and her mother were his life. Ramona also revealed that Avery refuses to speak to her father, saying that he is not the same man who raised her. In recent months, we’ve seen a lot of photos of just Avery and her mother online via Ramona’s Instagram account, so it seems that Avery has really been there for her mother during this difficult time.

2. Kasey Dexter Was the Alleged Mistress of Mario Singer During His Marriage to Ramona

Photos of Mario Singer and socialite Kasey Dexter were published all over the internet and showed the two hanging on each other, walking the streets of Manhattan. According to Radar Online, the two had a back and forth relationship, breaking up and making up. Ramona even said that she gave her husband a second chance and he still blew it. She told her fellow “housewives” that her husband was going through a major life crisis as the ladies gossiped about it on the premiere episode of season 7. 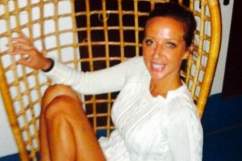 On Real Housewives of New York City, Luann de Lesseps lets Ramona know that her husband has been spotted on online dating sites. Radar Online reported that Mario had a profile on Match.com, using the screen name mario007s. According to the site, his profile read:

Looking for someone who enjoys an active life. Enjoy the simple things in life and not be pretentious and in need of impressing other people.

4. Ramona Is Rumored to Be Dating a Man Named Michael Alexander

A source has told Radar Online that Ramona Singer was recently spotted out on a date with New York businessman Michael Alexander. The source said Alexander is a VP in engineering and that he met Ramona at NYC restaurant Catch. The source also stated:

He’s younger than Ramona. He was her date to the party, a possible new boyfriend.

Despite this news, another insider has said that:

Michael is just a man that she is keeping company with — not a boyfriend.

Whatever the case, it’s good to see Ramona out and about again.

In November 2014, Mario Singer was spotted with Blood Sweat And Heels reality star Chantelle Fraser, according to Radar Online. The show is another program on the Bravo network. A source told the website that Mario and Chantelle were spotted making out at an NYC nightclub, revealing that:

Mario and Chantelle were making out in front of everyone. During the course of the evening, they proceeded to get even raunchier, and were asked to leave by management. Needless to say, Mario wasn’t too happy about it and he made his feelings known as they were leaving.

Recently, Fraser was photographed with Dorinda Medley, a good friend and new cast-mate of Ramona Singer’s. We wonder how she feels about that. Then again, maybe the rumors aren’t true.

Read More
Bravo, Bravo Housewives, Celebrities, Ramona SInger, Real Housewives, Reality TV, TV
Mario Singer, the husband of Ramona Singer, has been caught cheating and his divorce as well as his dating life has been a topic on RHONY.