Michel Kuri Slim is Lucero’s boyfriend. The pair have been together for quite some time -since 2012- and they have shared a few photos on social media. But who is Michel Kuri Slim? What does he do? besides spending romantic moments with singer and telenovela actress Lucero.

1.Michel Kuri is the Nephew of the Wealthiest man in the World

Michel Kuri Slim, as you can see his second last name is “Slim.” Does it sound familiar? Michel is actually the nephew of the wealthiest man in Mexico and the world, Carlos Slim.

2.Michel Kuri Slim is a businessman

Michel, with a Lebanese ancestry, is a businessman. He is the co-owner of the Bross Oyster restaurant in Mexico City.

3. Michel Kuri Slim is Divorced and has Children

He was married to Ana Paula O’Farril, with who he had three kids: Ana Paula Kuri, Michel Kuri Jr. and Santiago Kuri. Now, he is divorced and dating Lucero. He is very close to his children and they are always spending time together and doing activities with them like fishing, according to Quien.

Michel is very well connected. He attends a lot of social events related to his uncle Carlos Slim. He has spend time with Chiapas governor Manuel Velasco, as well.

He has friend in the entertainment world and he likes soccer. He has met soccer legend Pele. 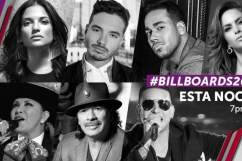