Tonight is the event we’ve all been waiting for – the MTV Movie Awards. Check your local listings and TV service providers (ie. FIOS, Time Warner, Optimum) to see what channel MTV is located on in your area.

As for the red carpet and pre-show events, the MTV pre-show will air at 7:30 p.m. EST for a half hour before the big event. The pre-show is hosted by Kelly Osbourne and Jessie J, Josh Horowitz, and Christina Garibaldi are joining her in the red carpet interviews. After leaving E!’s Fashion Police, this is Osbourne’s first red carpet gig since parting ways with the show and she opened up about her goal with this experience to People, saying:

I want to make people feel good, and I want to have fun. I don’t want to feel like I’ve hurt people’s feelings or I’ve done something wrong. I just want to make this amazing.

You have limited time remaining to vote for your favorite nominees this year, but if you’re still trying to cast your vote, click here. 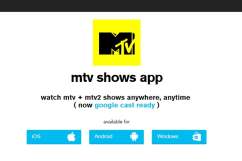