Yep, #TeamValenRue … Excited to show you what we've been working on March 16th … #dwts #letsgo @ruelarue

Rumer Willis has been receiving rave reviews each week on Dancing With The Stars with Valentin Chmerkovskiy as her DWTS partner. Her determination as well as dancing skills have made Rumer one of the contestants to beat on the show. For more information on Rumer and Val, check out our 5 Fast Facts below.

1. The Two Knew Each Other Before the Show

thank you to all my friends for pulling me away from work, against my will (cause I'm grinch) and giving me an incredible birthday experience proving once again why I'm the luckiest man on earth. Love and health to all. and even though sparkles aren't necessary they always brighten the mood. ??? #twentynineyearsyoung #fam

Prior to appearing on Dancing With The Stars, Val and Rumer actually knew each other through friends. Hollywood can be a small town. Since rehearsals started, Val and Rumer have become more than just acquaintances, forming a strong friendship. Rumer even attended Val’s recent birthday celebration. Val told E! News:

Obviously I’m familiar with her parents and the opportunity to get to know her and meet her, honestly I feel like I already won the season because of that. She’s awesome; she’s a great friend. Just on so many other levels besides the dance floor, I think she’s such an incredible person. I’m glad that America gets to see that.

With Rumer at Val’s side, DWTS judge has said that this could be Val’s year to take home the mirrorball trophy. 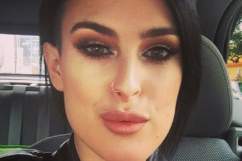 Rumer Willis on ‘Dancing With The Stars’

With joining the show, comes dating rumors each season, but this season, Val was involved in a love triangle story involving dance partner Rumer and her famous mother Demi Moore. We all know that Demi Moore likes younger men, but this story was truly ridiculous. Classicalite was one of the websites to write about the rumor, stating that:

Not only has it been difficult for Rumer Willis growing up in her mom’s super-beautiful shadow, now the Dancing with the Stars competitor has to reportedly worry about Demi Moore trying to date her new dance partner as well. According to the latest gossip news updates, the Striptease star is going after Val Chmerkovskiy regardless of what her Instagram bikini model daughter thinks about it.

Wish we could be there but we are watching and obviously voting! #TeamValenRue #DWTS @iamvalc

While Val has met Demi Moore before, he was nervous to meet the action icon Bruce Willis, aka Rumer’s dad. When Bruce was in the audience to watch his daughter’s debut performance on the show, he kept a stone cold expression on his face that Rumer and Val couldn’t help but mock. Even so, Bruce Willis has been one of his daughter’s biggest cheerleaders behind-the-scenes. Have a look at the adorable Instagram photo above of Bruce Willis showing his support. 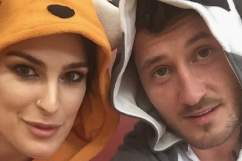 Rumer Willis and Valentin Chmerkovskiy – ‘Dancing With The Stars’

4. Rumer’s Words Sometimes Get Her In Trouble

It is not a contest, there is no competition. We shouldn't be worried about what the other is doing. There is plenty of room for everyone to be happy and there is no need for all of this negativity. We are all beautiful and unique and should hold a space in our hearts for love not judgement and hate. My beautiful sisters I thank you for helping me learn this #loveaboveall #freeslw

Rumer Willis is clearly a brilliant performer, but sometimes her words get away from her. In an interview on Good Morning America, Rumer had stated:

I don’t feel we have a lot of competition. I’m really confident. I think that the heart that both of us have and will put into each dance, regardless of the scores — to me, at least — was most important.

Some viewers felt that Rumer was overly confident and took her comments as arrogant. Rumer insisted that it was just a poor choice of words. Rumer reached out via Twitter and Instagram to make it clear that she wasn’t trying to put anyone down. Check out her Instagram post about it above. 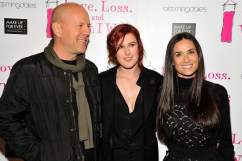 5. Both Rumer and Val Are Close With Their Siblings

Rumer Willis is extremely close with her sisters, who are at every show jumping out of their seats in excitement for their dancing sibling. Val is also very close with his brother Maksim Chmerkovskiy. For several seasons, we saw the two brothers’ antics together on Dancing With the Stars before Maksim hung up his DWTS hat and retired from the show.