Oh Hey, You're Naked | Naked and AfraidAmber and Ryan meet for the first time in the swampy Everglades, where they'll attempt to survive naked and afraid for 21 days. | http://www.discovery.com/tv-shows/naked-and-afraid/ Catch all new episodes of NAKED AND AFRAID Sundays at 10/9c on Discovery! Watch full episodes: http://bit.ly/NakedandAfraidFullEpisodes Subscribe to Discovery: http://www.youtube.com/subscription_center?add_user=discoverynetworks Could you survive? Take the Primitive Survival Rating Test…2015-04-17T14:58:44.000Z

Naked And Afraid returns for a 4th season, pairing another two people together in the wilderness for 21 days without food, water, or clothes. The title of the premiere episode is “Alligator Alley” and the synopsis reads: An Army mother and a Marine put their military survival training to the best in the Florida Everglades. The two survivalists participating in tonight’s episode are Amber Hargrove and Ryan Holt. Hargrove is a U.S. Army instructor, while Holt is a woodland apprentice. Will they make it through 21 days together? Read on for details.

1. Hargrove Served 11 Years In Active Duty for the Army

With two deployments to Iraq, Amber Hargrove served 11 years in active duty for the U.S. Army and says that being on the Soldier Front Range taught her more about survival than she could have ever imagined. She’s now an instructor for the Army and trains soldiers.

Unfortunately, Hargrove had to tap out on day 16 of Naked And Afraid because she was having major stomach issues. Though she was a tough survivalist, she couldn’t compete with her own body.

2. Ryan Holt Was a Member of the United States Marines

When Holt was 10 years old, he and his friend John vowed to one day join the marines and now Holt has about eight years of Infantry Marine training under his belt. When Holt left the Marines, he learned a whole new kind of way of life as Discovery reports:

He says the training gave him courage, strength, patience, strong will, integrity, loyalty, endurance and leadership. When Ryan left the Marines in 2011, he was given the name Yukon while he hiked the Appalachian Mountain range 2,184 miles from Georgia to Maine, taking just under six months. He then became a student of a yearlong wilderness education where he learned all kinds of survival skills, but with the intention to learn it as a way of life, not just a survival situation. He learned how to live in simpler times by cooking over an open fire every night for 9 weeks, studying plants (medicinals & edibles), constellations, small game traps, canoeing, and natural shelters.

3. The Outdoors Is a Way of Life For Hargrove’s Family 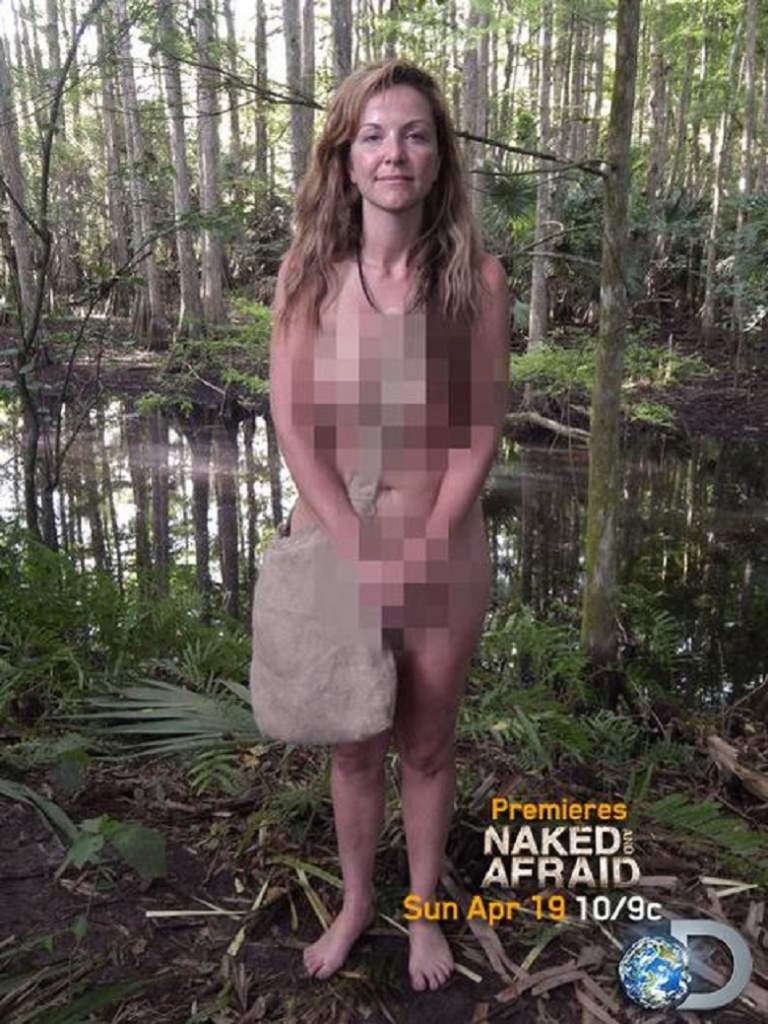 Hargrove has been summer camping, hunting, and fishing with her parents since she was three-years-old and now she does the same with her own children. Discovery reports that:

Her first experience learning how to fish with her hands was how she first got interested, and the fascination has grown from there. Her father imparted his hunting and fishing expertise to her, while her mother was the teacher of basic survival knowledge of building shelters and fire-starting skills.

Is this gator hunt too risky to be worth the effort? Take a first look >> http://t.co/HgX4ZZGKaE pic.twitter.com/tBcbxV56GU

While Hargrove has trained to handle alligators, Holt is from Maine and says that alligators are not within 2,000 miles of where he lives. Hargrove tries to hunt down a gator, while Holt wants to hold off for a while until he gets desperate. Finally, after Hargrove leaves, Holt decides he needs the protein and goes after his first gator.

Ryan Holt is quite the skillful outdoorsman as his Discovery bio reads:

Ryan enjoys being crafty, using his hands, and exercising his mind: crocheting, weaving baskets, making drums, and practicing skills. This last February, he embarked on an eighty-mile snowshoe expedition across the Boundary Waters of Minnesota. A challenging, remote, and secluded experience, he traveled for nineteen days over hundreds of frozen lakes in the most vast, coldest area of the lower 48 states while pulling 125 pounds of food and gear on a toboggan through four feet of snow in temperatures of -50 degrees F.

With so many valuable skills, Holt hopes to educate others about survival as Discovery writes:

Ryan is passionate about teaching, and is looking forward to the opportunity to share his knowledge. He is working toward getting his Registered Maine Guide License. He has purchased 42 acres of land, on which he is hoping to build a “Human-Nature Hostel” with guided wilderness adventures by next year, focusing on healing war veterans through the “medicine” of connecting with nature.

Read More
Naked And Afraid, Reality TV, TV
Naked And Afraid is back for a 4th season and in tonight's episode, we venture into Alligator Alley with Amber Hargrove and Ryan Holt.