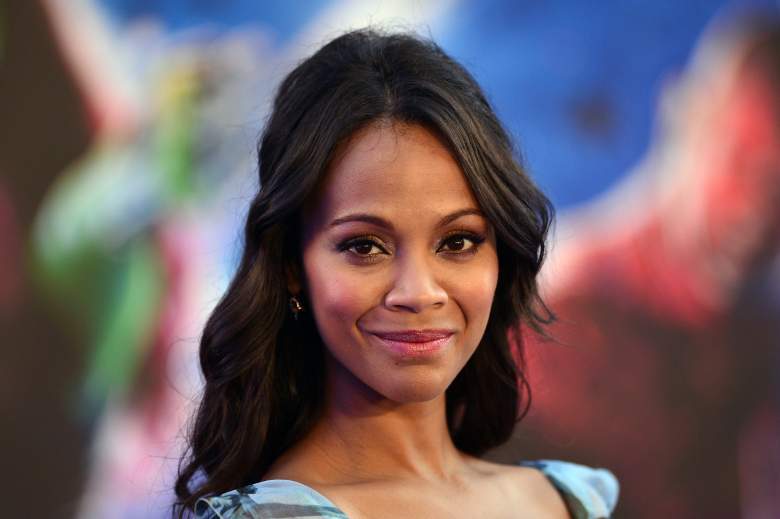 Zoe Saldana shares her journey on getting back in shape. (Getty)

After having twins, Zoe Saldana has been working really hard to get back in shape. On Friday, she wrote a long Facebook status (read bellow) telling her followers about her challenging experience to lose those extra pounds.

The Latina actress gave birth last November, she waited two months to start working out with her trainer and friend Steve Moyer. On her status she confessed she was 160 pounds when she started.

I had no flexibility, weak joints, and exercising was painful. We started with just walking; I think I only walked that first month. I did however change the way I eat. I began to make better choices with my food. Moyer was instrumental at this point. He gave me great tips of what to eat, how much water to drink, he even gave me some recipes of his own sometimes. It was important for me to learn this so I can do it on my own if I have to. I want to prove to myself that if I have the right determination I can do anything.

In 2013, the 5-foot-7-inch actress was featured on the cover of Allure magazine in which we learned her weight was 115 pounds. Last year, on the peak of her pregnancy she reached 185 pounds. That’s a really a big jump but she was carrying two babies. In her new post, she didn’t reveal how much weight she has lost but she’s really working hard to shed those extra pounds.

1.Sometimes Zoe Saldana Feels That is Impossible to get Back Into Shape 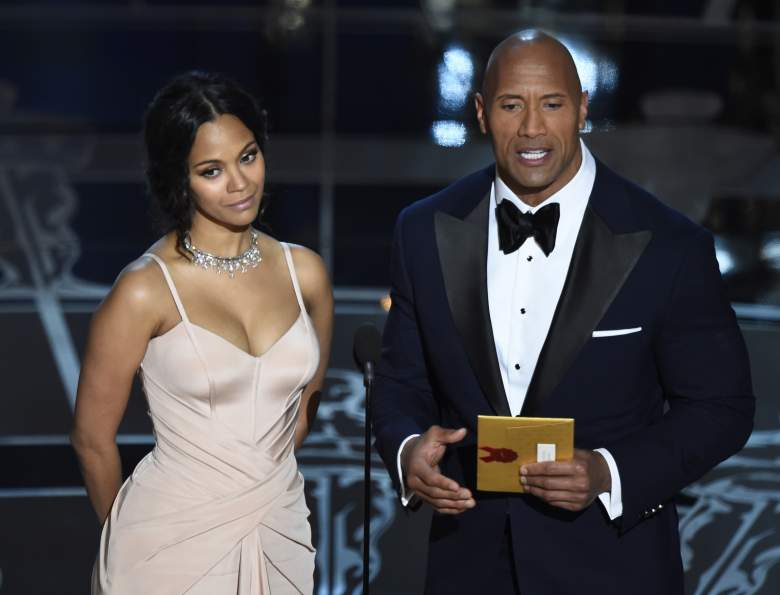 Zoe Saldana presenting with Dwayne Johnson at the Oscars 2015. (Getty)

It was hard not to notice a curvy Saldana on the red carpet at the Oscars 2015, last February. The Avatar and Guardian of the Galaxy actress was wearing a stunning Atelier Versace gown just three months after giving birth to her twin boys, Bowie and Cy. The media was impressed on how incredible her post-baby body looked that night. But Saldana has set her goal to hit the gym in order to get slimmer and get her energy back.

Your body changes dramatically, inside and out. You grow in places you never knew you could, and you are tired beyond belief. In some cases more than others, your body experiences a kind of trauma through childbirth that is difficult to explain unless you’ve had that experience. My case was like that, everything from my thyroid to my platelets crashed. Thank God, we are all doing great now, but my body was really bent out of shape after the boys were born. Bouncing back feels impossible, but I know it is important as a woman, and now a mommy, to not give up. I am determined to get my energy back and find balance for my body before these little guys start walking, and before I go back to work….. my clock is ticking!”

2.Zoe Saldana Seeks Support From her Fans on Facebook 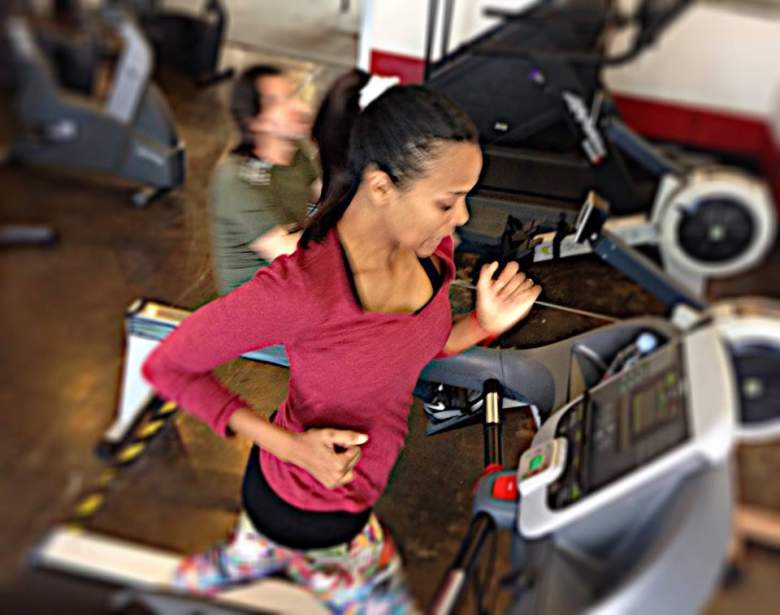 Zoe Saldana posted this photo of her running on a treadmill with no date. (Facebook/Zoe Saldana)

Saldana plans to share her journey with everyone. Well, she has two months before she goes back to work. She is expected to begin filming Star Trek 3 soon. So, she is really keeping up with her trainer Moyer. At the same time, communicating with her fans and reaching out for support. You can do it Zoe! We are with you.

In her Facebook status she added the following message:

2 months ago I started my journey, and its been REAL- I’m not gonna lie- it is slow…. painful… and frustrating. But it is worth it.
And that is why I’m here… I know many of you have gone through this or are going through it as we speak. Let’s do it together. Let’s talk about it, hear each other out, and seek advice when we need it. I have my friend of many years and trainer, Steve Moyer that will be guiding me and sometimes training me for the next 2 months before I go back to work. I will be sharing with you what I do, what I eat and how I feel about it in hopes that it will be of any help to you.” 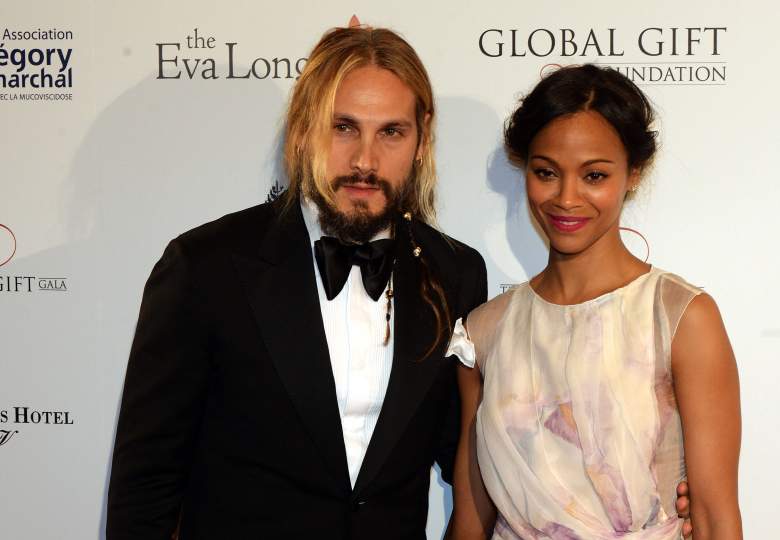 It is a surprise that Saldana is opening up about her personal life. She’s always been private. Like when she secretly married Marco Perego in London, in June 2013, and only a few close relatives and friends attended the ceremony. Us Weekly confirmed the news was confirmed four months later. 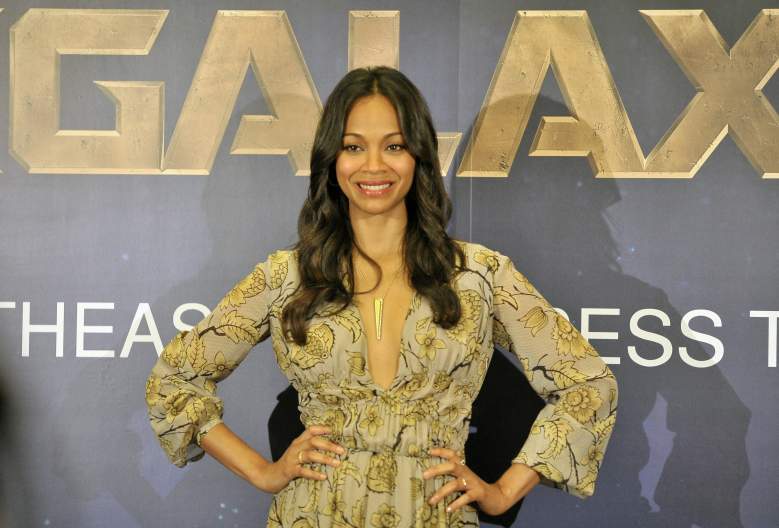 Zoe Saldana at the premiere of Guardians of the Galaxy. (Getty)

Saldana is a trained dancer but she quit ballet to start acting. Her first breakout role was a determined ballerina in the 2000 film Center Stage. Today, she is a leading actress in Hollywood. She has worked with Johnny Depp in Pirates of the Caribbean and with Tom Hanks in The Terminal and Haven.

Saldana has a solid career getting income from movies, endorsements, sponsorship and ads. In 2014, Celebrity Net Worth reported that her net worth is $14 million dollars.

5. Zoe Saldana Lost her Father When she was a Little Girl 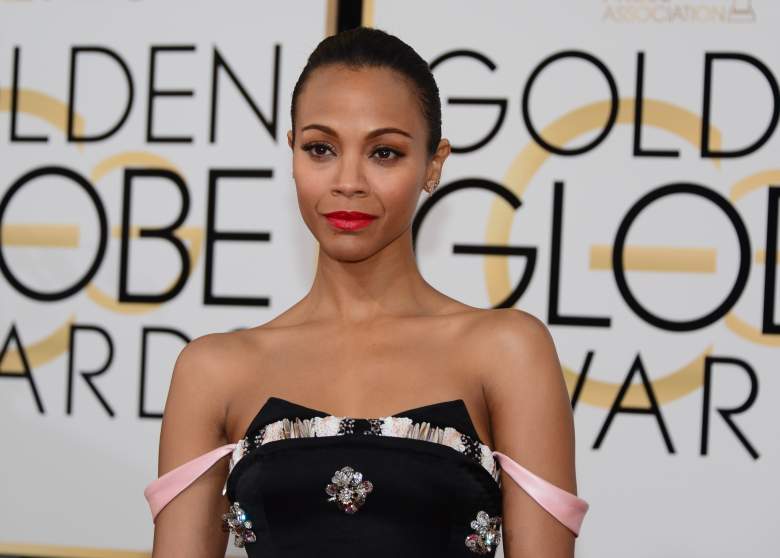 Zoe Saldana at the Golden Globes Awards in 2014. (Getty)

Saldana is half Puerto Rican and half Dominican. She was born in Passaic, New Jersey. Her first languages are English and Spanish. Her father died in a car accident when she was 9. After that, she moved to Dominican Republic to live with her grandparents.

At 17, she moved back to New York and joined Faces, a theater group, and the New York Youth Theater. 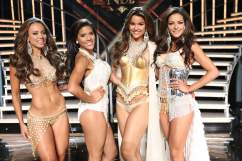