On the season 20 finale of Dancing With The Stars, Tom Bergeron announced that Alfonso Ribeiro is replacing him as the host of America’s Funniest Home Videos, aka AFV. Ribeiro appeared to dance with his former DWTS partner Witney Carson opposite past contestant Sadie Robertson and Mark Ballas. After his dance battle, show host Tom Bergeron announced that Ribeiro would actually be the one to replace him as the host of AFV. Vin Di Bona, executive producer of AFV, stated:

After receiving hundreds of inquiries, stacks of video submissions and a very close audition race, one smile, one funny and sincere delivery became our standout favorite — Alfonso Ribeiro. We look forward to Alfonso leading AFV into the next generation of family friendly viewership.

Since his gig on DWTS, Ribeiro has taken on more hosting duties. In fact, he was the host of the Dancing With The Stars tour this past year. He did a few dances in the show as well. Being on the show has really opened some doors for him. 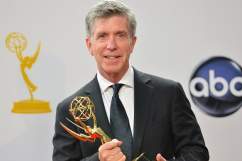 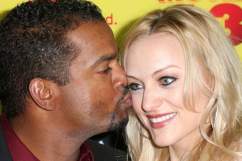