If you want to know who won American Idol tonight, tune in here for our live recap with the most up-to-the-minute details on part two of the season 14 finale. It was down to contestants Nick Fradiani and Clark Beckham, but many of our favorite contestants from 2015 returned for performances on the Idol stage. In addition, guest performers including Andy Grammar, New Kids On The Block, Steven Tyler, and many more appeared in order to make the finale its biggest one ever. So, who was the big winner? The winner of American Idol 2015 was … Nick Fradiani.

Now check out all the best details from tonight below with a full recap, along with special links, photos, videos and live tweets as it all wents down. Enjoy! 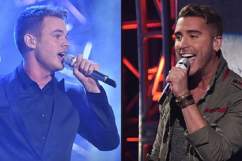 To open the show, Clark Beckham and Nick Fradiani joined Fall Out Boy in a killer performance of their hit song “Centuries.” You could tell that it was a moment neither contestant would ever forget. After a short introduction, the judges appeared on stage and Jennifer Lopez was in a knock-out black lace gown that had just a black bodysuit underneath. As the judges sat down, it was revealed that each of them were going to perform on the Idol stage tonight. Then of course, the two finalists (Beckham and Fradiani) were officially introduced and they joined the judges on stage for a short questionnaire from host Ryan Seacrest.

Next, former contestant Tyanna Jones (now sporting blue hair) joined the Jacksons on stage to perform the classic hit “I Want You Back” as well as “ABC” in a medley of songs. After a short commercial break, some of the former contestants took the stage to sing “We Are Family” with Sister Sledge. Everyone in the audience from Steven Tyler to Keith Urban were clapping and dancing out of their seats. After a couple more songs, the next performer was Ricky Martin, singing his new hit single “Mr. Put It Down,” followed by his oldie but goodie “Livin’ La Vida Loca.” Joining him were former contestants Qaasim Middleton and Quentin Alexander. Then Nick Fradiani, Rayvon Owen and Clark Beckham joined Martin in some renditions of his songs “She Bangs” and “The Cup Of Life.” Janelle Monae was the next performer with her song “Yoga,” joined by former Idol contestant Adanna Duru. Next, was the performer Prince Royce with his song “Back It Up” and he was joined by Idol judge Jennifer Lopez and rapper Pitbull.

And, next up, Joey Cook performed with the band Echo Smith, singing “Cool Kids”. Then, we had a short break from performances to chat with the judges about Jennifer Lopez’s Las Vegas residency, the upcoming final season, and memorable moments from the season. Following the chit chat, judge Keith Urban took the stage for a performance of his own. Continuing with the A-list acts, Jamie Foxx took the stage to sing the song “In Love By Now” with former Idol finalist Rayvon Owen. One of the most fun performances was when adorable contestant Daniel Seavey joined the New Kids On The Block on stage to dance and sing to some of their most classic hits. It was goofy, sweet and really cute to watch, prompting the Twitter trend #NKOTBonIdol.

After a short commercial break, Quentin Alexander took the stage to perform the song “Riptide” with singer Vance Joy. Then, there was a quick chat with the two finalists about what’s in store for them when the show is over. Shortly after, Chris Brown, Pitbull and contestant Qaasim Middleton took the stage to perform the song “Fun.” Unfortunately, it was pretty clear that Chris Brown was lip syncing … and if he wasn’t, he was definitely singing to the track. Chris Brown did have some killer dance moves as always though and Middleton provided some of his own moves as well.

Next, Jax returned to the Idol stage to perform with former Idol judge and Aerosmith legend Steven Tyler. Tyler started out singing the song “Love Is Your Name”. Then Jax joined him on stage coming from the audience to sing the song “Piece Of My Heart.” The two were a great match up and even jumped up on the judges’ table and laid down for the ending. After their performance, Jax took a moment to thank all her fans, the judges and, of course, Steven Tyler.

Coming up was a performance by Clark Beckham with Michael McDonald and Nick Fradiani with Andy Grammar. Both contestants had a great time on stage and their families watched in awe. For the final major performance on the show, all three Idol judges took the Idol stage together to perform the song “Diamond”. While Keith Urban and Harry Connick Jr. were in simple black t-shirts, Jennifer Lopez was in a super revealing sheer outfit covered in crystals. The next song the trio performed was “Locked Out Of Heaven” with Urban on the lead vocals.

And then of course, the winner was announced. 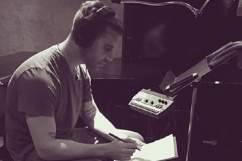 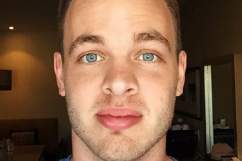 Read More
American Idol, Celebrities, Reality TV, TV
Tune in here for the live recap of American Idol for all the up-to-the-minute action and see who the winner is as it all goes down.