Cornell Haynes Sr. is the father of rapper Nelly, who stars on his own reality show Nellyville with his family. Nelly was born in Austin, Texas, where his father was serving in the military. When Nelly was 7 years old, his parents got divorced and Nelly moved away with his mother. They moved from inner city St. Louis to suburban University City, Missouri when Nelly became a teenager.

For years, Nelly was estranged from his father and he said he patched up his relationship with his dad for his kids. According to Contact Music, Nelly’s father was a strict disciplinarian in the home and he would beat his children went they “misbehaved.” In an interview with VH1, Nelly revealed:

My father led by fear. I did what my father said ’cause I was scared of getting my ass beat. His voice rang so vividly in my head… that it was just… a fear.

When Nelly’s parents divorced, his father lost touch. In recent years, Nelly reunited with his father after he apologized for his abuse and bad parenting. Nelly explained that:

That’s the important thing that reinstated my love for him, was his admittance of, ‘You are fucked up (because of bad parenting).’ Just the fact that he’s being a way better grandfather to my kids, being there, taking them places, doing things with them, stuff that he never did with me. I love my father, I love him more today than I ever loved him ever. Ever. 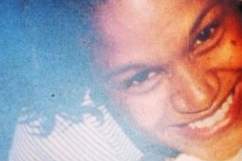