In the 1st Avengers film, Marvel Comics’ superhero squad saved the world from Loki and his extraterrestrial followers. In Age of Ultron, they’ll have to deal with a man-made threat – the super intelligent android known as Ultron.

In Avengers: Age of Ultron, fans will witness Ultron do his best to destroy the human race. We didn’t think we’d see him pop up this fast, but we’re totally on board to see him wreak havoc now. For such a powerful android, Marvel Studios reached out to a fitting actor to provide Ultron with his vocals – James Spader.

Here’s every important factoid you need to know about Ultron and the actor voicing this powerful Marvel Comics villain.

1. James Spader Will Provide the Vocals for Ultron

Marvel Comics’ nemesis Ultron will finally come to life on the big screen. Actor James Spader has been tapped as the man who provides his haunting voice for the entirety of Age of Ultron. Spader’s face and body motions were captured to make sure Ultron was as compelling as a character as humanly possible. Spader was selected by director Joss Whedon as the 1st choice to voice/play Ultron, due to Spader’s “hypnotic voice that can be eerily calm and compelling.”

In Avengers: Age of Ultron, Ultron is created as an artificial intelligence android that was meant to maintain peace when The Avengers aren’t able to…at first. Once Ultron is finally brought to life, it changes it’s plans from protecting the human race to instead destroying them. Ultron develops this mindset and “God complex” due to the Mind Gem used to bring it online (the same gem that was used to power Loki’s magical scepter).

In the Marvel Comics’ storyline, Ultron’s creation is much different from his origin in the film. Ultron was first seen in a cameo appearance in Avengers #54. Soon enough, he made an appearance with his full name in the very next issue. Writer Roy Thomas and artist John Buscema are his original creators, plus his overall design is based on the Captain Video comic book character Mechano.

Ultron was actually created by Hank Pym aka “Ant-Man.” Ultron initally takes after his creator’s thought process, but then it comes more intelligent and rebellious against Pym. When it become Ultron-6 in 1969, Ultron turns his attention to eradicating humanity. In the Original Sin storyline, Ultron managed to rule an alternate future where he creates his own robotic team of Avengers to police the remaining human race.

3. Ultron’s Powers Depend Solely on His Adamantium Body

Along with Ultron’s super intelligence, his powers come in the form of several common powers – superhuman strength, speed, flight, stamina, durability and reflexes. He’s able to shoot out powerful bursts of energy and his armored skin is made of of the same element used for Wolverine’s claws – adamantium.

Ultron has the capacity to repair itself. He’s pretty impervious to extensive bouts of damage, which makes him one of the more powerful threats The Avengers have dealt with in the comics.

4. James Spader is Most Popular Nowadays to His Main Part in the NBC Series, The Blacklist

Actor James Spader first came to prominence in his role in Endless Love. Some of the more prominent films he starred in was Tuff Turf, Pretty in Pink, Mannequin, Less Than Zero and Sex, Lies and Videotape.

Spader showed up in several television shows as well, including The Family Tree, Frasier, Seinfeld, The Practice, Boston Legal, Discovery Atlas and The Office. Starting in 2013, Spader came to prominence once more due to his role as Raymond “Red” Reddington on the popular drama The Blacklist.

5. James Spader Was Married Once, But is Now Currently Dating a Fellow Actor

Spader’s first wife was Victoria Kheel, whom he came across in the 1980’s. They got married in 1987 and had two sons, Elijah and Sebastian. However, they finally divorced in 2004. Later on, Spader started dating his current love interest Leslie Stefanson. They have one son named Nathaniel. Both Spader and Stefanson starred in the film, Alien Hunter. 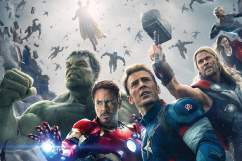