One of the stars of TLC’s 19 Kids and Counting was accused of molesting girls while he was a teenager. The victims of Josh Duggar included his sisters, according to police documents. The sisters featured most predominately in their show are Jill, Jess, Jana, Jinger and Joy-Anna. The allegations about the now-27-year-old began in 2002.

The police documents in the case were uncovered by In Touch magazine. In those records, it says that Josh was accused of fondling underage girls in 2002, but an investigation into the allegations didn’t begin until 2006. The alleged instances occurred in Springfield, Arkansas. Josh’s father, Jim Bob, told police in the town that his son confessed to sneaking into a girl’s room to molest her by touching her breasts on two occasions in 2002. The family patriarch didn’t go to police at the time, but rather opted to discipline Josh himself.

According to Josh’s mother, Michelle, her son was sent to live with a friend for three months after the allegations emerged. Her husband, Jim Bob, called this a Christian-treatment program. Also around this time, Jim Bob told a friend of his who was also a state trooper, Joseph Hutchens, about what Josh had allegedly been up to. Josh received a stern talking to as a result. In 2012, Joseph Hutchens was sentenced to 56 years in prison for possessing child pornography.

As a result of these shocking revelations, Josh Duggar announced that he’s resigning his position on the Family Research Council. In a statement to People Magazine, he said:

Twelve years ago, as a young teenager, I acted inexcusably for which I am extremely sorry and deeply regret. I hurt others, including my family and close friends.

I confessed this to my parents who took several steps to help me address the situation. We spoke with the authorities where I confessed my wrongdoing, and my parents arranged for me and those affected by my actions to receive counseling. I understood that if I continued down this wrong road that I would end up ruining my life.

Jessa Duggar is now Jessa Seewald, having married Ben Seewald on November 1, 2014. On April 21, 2015, she said on Twitter that she was expecting. The child is due on November 1, her first wedding anniversary. Like her 18 siblings, she’s a native of Tontitown, Arkansas and is Jim Bob and Michelle’s fifth child.

She met her husband at church and dated along the lines of her family’s rules of supervised courtship without touching. On the family’s official website, Jessa stated that she plans to adopt “lots” of children in the future.

Jill Duggar pictured with her husband and newborn. (Facebook)

Also featured predominately in the TLC show is Jill Duggar. She’s the second daughter of Jim Bob and Michelle. In keeping with her family’s love of children, she’s training to become a midwife. In one episode of the show, broadcast in 2014, Jill married her husband, Derick Dillard in front of 1,000 guests. The couple had their first child, a boy named Israel, on April 6, after Jill had gone through 70 hours of labor.

4. A Book Released by the Sisters Claimed the Media ‘Glorifies Things That God Considers to Be Wicked’

Who's the next duggar in a court ship??? #mystery

Three of the family’s daughters, Jana, Jessa and Jinger, released a book in March 2014 about their experiences with the family. It was called Growing up Duggar. According to E!, in the book the girls outlined their code, including long skirts and hair, only desiring Godly men, and declared “Much of Hollywood and pop culture media glorifies things that God considers to be wicked.”

According to her profile on the family’s official website, Jana Duggar’s favorite time was the book tour she went on with her brood. She lists her favorite quote as coming from legendary explorer David Livingstone who said:

Lord, send me anywhere, only go with me. Lay any burden on me, only sustain me; and sever every tie, but the tie that binds me to Thy service and Thy heart.

She’s the only daughter who does not list any future plans on the site. 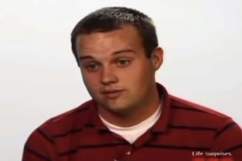 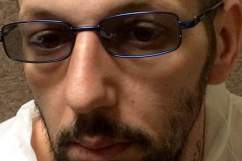