Noah Galloway and Sharna Burgess have struggled week after week to find moves that Galloway could carry out as a double amputee, but they have been very successful, with only a few missteps on Dancing With The Stars. We’ve watched as Galloway revealed the pain he went through to fight for his country, losing both his arm and leg above the knee. He’s also shared his beautiful relationship with girlfriend Jamie Boyd with the nation. DWTS judge Carrie Ann had some kind words to say about Galloway’s week 7 performance in her blog with Parade, stating that:

As for what Galloway thought about the show, one thing Galloway talked about this week was how surprised he was by Willow Shields’ elimination. Most of the other contestants as well as judges and viewers were shocked as well. Galloway told Glamour Magazine:

It just shows how important voting is. She had great scores and did so good. I mean, at 14, she’s just so impressive and fun to watch.

Last night’s sudden and baffling elimination of Willow Shields and Mark Ballas was perhaps the biggest shocker in Dancing With the Stars history. You’d think after 20 seasons of doing this show, nothing could surprise me, but last night’s elimination was more than a shocker, it was a heartbreaker, too. Seeing Willow crying like that broke my heart. I just wanted to give her a hug. But our prayers are with her and I know her strong spirit will recover and take this experience and grow even greater.

For more information on Galloway and Burgess, check out the below links: 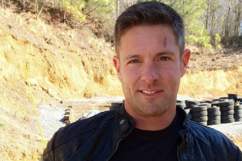