David Letterman has been married twice – first wife Michelle Cook and current wife Regina Lasko. In 2009, Letterman revealed on his show that he had been a victim of blackmail. Someone had tried to extort money from him, saying that he would reveal Letterman’s having affairs with several of his employees if he didn’t pay him $2 million. Letterman then confirmed that the cheating allegations were true. The man blackmailing Letterman was identified as Robert J. “Joe” Halderman, a producer of the CBS true crime journalism show 48 Hours. One of the women Letterman had an affair with was his personal assistant Stephanie Birkitt. A former CBS employee named Holly Hester also came forward. As a result, Letterman dedicated a segment of his show on one episode to his wife and staff, offering them apologies and showing his gratitude for having them in his life.

Letterman and his wife Lasko started dating in 1986 while he was still living with ex-girlfriend Merrill Markoe. In 2003, Lasko had a son named Harry Joseph, who is named after Letterman’s father. In 2009, Letterman and Lasko married in a small ceremony at a courthouse in Montana, where they owned a ranch. There were rumors that the two were divorcing in 2014.

As a success in entertainment, Letterman has acquired a net worth of $400 million and has had a salary of $20 million a year. According to Celebrity Net Worth, in past years, Letterman earned as much as $50 million a year. He and his wife have a 108-acre estate in North Salem, New York. 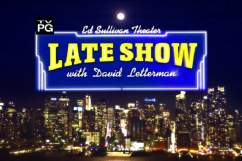 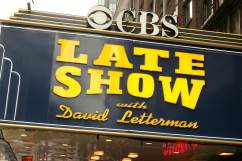