On tonight’s 2015 finale episode of The Voice, the show opened up with former contestants from the season performing and then, of course, we got some reflective comments from the judges. Christina Aguilera was the only judge without a contestant in the finals, so she could sit back and relax a bit. So, who took the win for season 8 tonight? The winner is … Sawyer Fredericks.

The show was filled with celebrity performances in addition to songs sung by this season’s contestants. The first A-list performer was Meghan Trainor. Then, Kelly Clarkson took the stage to perform with finalist Koryn Hawthorne. Clarkson actually performed twice tonight as she later took the stage with finalist Meghan Linsey. Maroon 5 performed as well, followed by finalist Sawyer Fredericks performing with John Fogerty. The night was packed with celebrities … even Will Ferrell made a cameo tonight. For Joshua Davis’ celebrity performance, he teamed up with the amazing Sheryl Crow to sing the song “Give It To Me.” Then Luke Bryan, Blake Shelton’s buddy, took the stage for an energetic performance and Shelton couldn’t help but nod his head to the beat. Ed Sheeran also performed tonight and of course, the judges sang one last song together.

The artist in fourth place was Koryn Hawthorne and third place went to Joshua Davis. 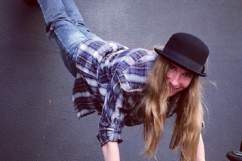 Sawyer Fredericks, ‘The Voice’: 5 Fast Facts You Need to Know 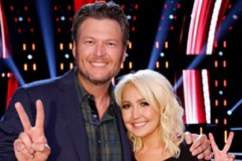