Those are lyrics to the strangest song ever made — “The Fox (What Does the Fox Say?)” — and if you think the words are bizarre, hit the play button above and enjoy the bizarro. It has been watched half a billion times.

Vegard (36 years old) and Bård Ylvisåker (33) came up with the song as members of Ylvis, the most popular band you’ve never heard of even though their music videos have been seen nearly 1 billion times on YouTube. Defining the Scandinavian brothers’ shtick is difficult other than fun and funny with a heavy dose of strange. You’ll think WTF!? while watching their videos. At the same time you’ll be smiling.

“Someone Like Me,” is part-love ballad, part-Skrillex while “Mr. Toot” will leave you confounded.

This student in Bennington, Vermont, based his mosaic on “The Fox (What Does the Fox Say?)”

Here are the rest of Ylvis’s videos that have been watched at least 2 million times.

With the popular lyric: “She gives me a smile, then she plays with my balls”

And no, this is not a love song written by Skrillex.

Here’s a little more about the brothers, according to ylvis.com:

Bård and Vegard Ylvisåker grew up in Bergen and Africa. The boys began their career at Fana gymnas, where they took part in the school choir and theatre. It was Peter Brandt who discovered Bård in one of his performances at Fana school theatre. Six months later, Ylvis made their professional debut.

The comments weren’t so charitable this time:

* Vega Lind: +XelPixels It’s a parody. To joke with musicians and music styles is what they do.

* XelPixels: it’s exactly like what does the fox say, except worse.

T. Öndör commented: Seriously, I’m so obsessed with this kind of music. Been looking for similar artists/songs, any suggestions?

Is it about farts or what?

Speaking of funny, Ylvis does this as well. 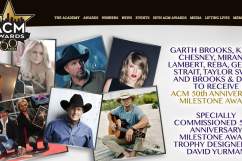 Read More
Funny Videos, Music, Music Videos, Norway, Ylvis
Ylvis of Norway is the hottest music group you've never heard and is responsible for the cult song "The Fox (What Does the Fox Say?)"