The former Bruce Jenner has announced her new name after beginning her transition to a woman. She is now Caitlyn Jenner and appears on the cover of Vanity Fair above.

A recent story originally published by Radar Online reported that Bruce Jenner had undergone an 8-hour sex change surgery almost a month ago and is now legally considered a woman. NY Daily News disputed this rumor. 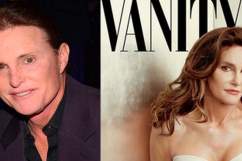