Diddy has had a lot of media surrounding him lately for being arrested after a fight with his son’s coach, but tonight, Twitter was abuzz with comments about Diddy’s appearance at the 2015 BET Awards. During a performance on stage, Diddy fell down and it’s unclear if the stage just collapsed under him or it was a faulty trap door. Have a look at the clip above.

The additional attention Diddy got for his performance tonight was when he was spotted on stage rocking custom red adidas Yeezy 350 Boosts. 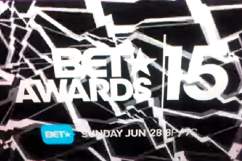