Jared Haibon has been a lovable guy as a contestant on The Bachelorette 2015. Unfortunately, Haibon doesn’t make it to the end and win the heart of star Kaitlyn Bristowe. Read on for the facts on Haibon, along with some show spoilers.

1. Haibon Doesn’t Make It to the Overnight Dates

With Kaitlyn Bristowe getting nervous about the hometown dates that are in her future, the game changes and Bristowe makes some big decisions. Even though she has a great time with Haibon and the two have wonderful solo dates together, she sends him home in tears. This narrows the contestants down from six guys to just three.

2. He Almost Got a Concussion on the Show

Just another day, waiting around for a rose ceremony…love these guys #TheBachelorette #BachelorNation #bachelorfamily #studs #bromance

On the first group date, Jared Haibon fought a good fight and beat out most of the guys. In the final two of the date, he was up against a huge Ben Zorn and ultimately lost. He almost ended up with a full-on concussion. Haibon had to seek medical attention and was unable to join the rest of the guys for the evening. Despite this, he managed to sneak some time with Bristowe that night, which made Bristowe very happy.

3. Haibon Has A History Of Acting

Prior to being on The Bachelorette, Haibon has tried his hand at acting. He played Detective Tom Arnolds in a few episodes of the web series Red Circles.

At the beginning of The Bachelorette season, Haibon was pretty much absent from the internet, but now’s he’s gotten into Twitter and Instagram.

Jared Haibon is a manager at the Providence Oyster Bar in Rhode Island when he’s not appearing on The Bachelorette. Some of the menu items at the restaurant include lobster wontons, King Crab cobb salad, filet mignon oscar with king crab and truffle fries, and wasabi ginger calamari.

5. Charity Is Special to Haibon

Jared Haibon likes to give back and has been seen helping out at the Hasbro Children’s Hospital in online photos. He’s also close with his family – sister Shannon, mom Nancy, and dad Frederick. 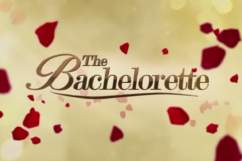