Today, June 5, we celebrate actor Mark Wahlberg’s 44th birthday. From hip-hop artist, to underwear model, to a heavy hitter on the Hollywood scene– the husband to Rhea Durham, 36, and father to two boys and two girls, has been on high gear ever since hitting the scene as Marky Mark in 1991…

…and he’s never looked back.

“I embrace old age,” Wahlberg told Men’s Health. “Look, I’m never going to dunk on LeBron James and I’ve learned to accept that. I got a pretty good life and I’m very fortunate and I have my blessings.”

A stint as Calvin Klein’s underwear model during the ’90s turned Mark, NYOTB’s Donnie Walhberg’s brother, from a loud-mouthed rapper into a household name, but the exposure from the campaign came at a price.

“The underwear modelling I did for Calvin Klein with Kate Moss was not good in retrospect, but at the time it got me a lot of attention from the ladies! Explaining that – along with the rap career – to my kids is going to be embarrassing when they are old enough to ask,” Wahlberg told the Daily Mail.

Mark Wahlberg poses with his family as he is honored with a star on the Hollywood Walk of Fame. (Getty)

Since making the transition from the music business to the film industry, the movie producer and actor has starred in hit movies Three Kings, The Perfect Storm, Pain & Gain, and The Fighter, and produced television dramas Boardwalk Empire, Entourage, and In Treatment. But the high school dropout’s career-defining role had come in 1997 as Dirk Diggler in Paul Thomas Anderson’s Boogie Nights.

“I was fascinated by the material [of Boogie Nights], at the same time I was terrified because there were so many things that I was staying away from in my acting career,” Wahlberg reveals. “I didn’t want to dance, I didn’t want to sing, and I didn’t want to take my clothes off. And all that stuff happens within the first thirty pages!”

Fast forward 20 years, and coming off of a successful 43rd year with blockbusters Transformers: Age of Extinction, The Gambler, and the just-opened Entourage film, the Boston native gears up for yet another year of hit-making with Deepwater Horizon, Daddy’s Home, and Ted 2 scheduled to be out soon. 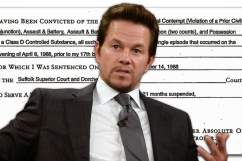 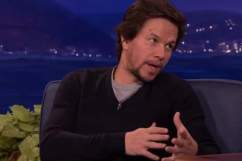