On tonight’s episode of The Bachelorette, there’s drama as usual, roses, and tons of kissing. The contestants move on to San Antonio, Texas for tonight’s show and more eliminations go down. In addition, one of the guys decides that star Kaitlyn Bristowe is not the one for him and he leaves. Last week, former contestant Nick Viall came on the show to join the cast and Kaitlyn allowed him to come aboard. This week we get to see the horrified reactions of the guys when they begin to digest Nick’s being on the show. Read on for all the spoilers. 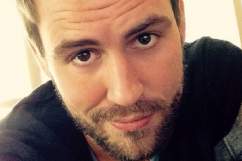 for those of you who will be watching the next bachelorette, here's a behind the scenes?? pic.twitter.com/35CfXzd2Rx

Ben Higgins gets a solo date with Kaitlyn Bristowe at Gruene Hall for some two-stepping in a dance competition. You can check out a couple pics from the date in the above tweet. The two share some kisses and cutie Ben gets a rose. Bachelorette guru Reality Steve reported on their dancing date, stating:

There were 3 judges: a woman from a country western dance organization, the co-owner of Gruene Hall, and a local dancing celebrity Betty Jo. There was a woman who had to teach Kaitlyn and Ben to two-step in 45 minutes before the competition. It didn’t help apparently because Kaitlyn and Ben were terrible. Ben had to keep starting and stopping so Kaitlyn ended up leading them the whole time. Kaitlyn and Ben were eliminated in Round 2. They went outside and filmed together after they were eliminated.

Later on, Ben and Kaitlyn went to dinner before going to the Majestic Theatre.

The Bachelorette is filming in San Antonio tonight. pic.twitter.com/yGUEEte17W

Contestants Nick, JJ, Joshua, Jared, Joe, Ben Z., Ian, Justin, Tanner, and Chris go on a mariachi group date together and Nick Viall ends up with the group date rose, much to the dismay of the other guys. Mexican singer Sebastian De La Cruz appears to help out the guys as they prepare songs for star Kaitlyn Bristowe. For the night portion of the date, the group went to Enchanted Springs Ranch in Boerne, Texas.

Shawn Booth gets the other one-on-one date this episode, kayaking in the River Walk, ending up at the Arneson River Theater at La Villita. Then, he and Kaitlyn had dinner as well as fireworks at the Botanical Garden. Shawn Booth also gets a rose. 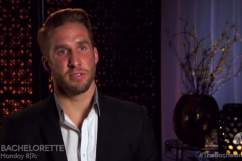 Shawn Booth, ‘The Bachelorette’ 2015: 5 Fast Facts You Need to Know

Ian Thompson, who in the past has boasted about how much he thought Kaitlyn Bristowe was so amazing, eliminates himself on tonight’s episode, but you won’t get to see him actually leave until next week. Before the rose ceremony, he sits down with Kaitlyn and tells her that he thinks she’s more interested in surface encounters. He tells her that he doesn’t believe she is the one for him and he leaves the show. Towards the end of this episode 5 promo video, we see part of Ian’s confrontation with Kaitlyn. Check it out above.

Tonight, three contestants leave the show. Ian Thompson leaves by choice, while two others are sent home by Kaitlyn Bristowe. The other cast members who do not get a rose tonight are Justin Reich and Joshua Albers, but their eliminations aren’t shown until next week. We haven’t seen to much of either of them this season.

Corey Stansell, Jonathan Holloway, and Ryan Beckett also are eliminated in the beginning of the episode.

What a handsome bunch! #TheBachelorette ??

On next week’s episode of The Bachelorette, everyone travels to Ireland. Joe Bailey and JJ Lane get the first two-on-one date of the season and one of them doesn’t get a rose on that date. Tanner, Ben Z., Ben H., Jared, and Chris go on the group date, according to Reality Steve, and either Jared or Chris are reported to get the group date rose. Three contestants are eliminated on this episode.