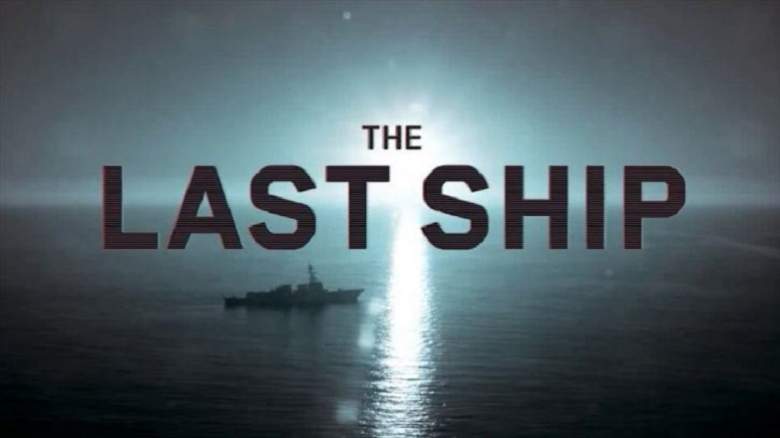 Tonight was a two-hour season 2 premiere of The Last Ship on TNT at 9:00 p.m. ET and we’ve got a full recap on the episode for you, reporting it live as it airs. The crew aboard the USS Nathan James is being taken over by Granderson’s troopers. As Quincy fights to stay alive, his family is alerted that they must keep their connection to Quincy a secret. As Amy Granderson’s men gain control of the ship, they search for the cure to the deadly virus. In the meantime, Tom Chandler is hiding out with his family and crew member Burke. As Slattery helps to save Quincy, he realizes that the primordial strain of the cure has been hidden from the troopers. Jeter and Green meet up with Chandler. Dr. Rachel Scott is being held hostage by Granderson, who is willing to negotiate with her because she needs Scott to get her lab up and running. Granderson allows Scott to go into the streets and treat some of the sick, as per her request. Meanwhile, a wounded Jeter stays with Chandler’s family, who has found shelter in a random apartment. Tex is trying to survive on the streets and comes across a kid defending himself. He lets Tex know about what Granderson has been up to. Chandler ends up hiding in the back of a truck filled with bodies in order to get inside the plant. Green and Burke are driving the truck, wearing hazmat suits and watching people pick valuables off the dead bodies before they’re burned. The two, along with Chandler, then take on the men at the plant.

As Dr. Scott helps cure the sick on the street, one of Granderson’s men tells Scott that he didn’t know what Granderson was doing when she began her master plan. Scott is subjected to heartbreak as she’s only able to treat a child and not the child’s mother when she runs out of vaccines with the cure. In the meantime, Chandler’s family is worrying about him as well as their own survival and Chandler’s son Sam gets sick with a fever and vomiting.

Chandler, Burke, and Green are introduced to a group of underground warlords who are also against Granderson. Chandler’s plan is to cut off electricity, causing panic in Granderson.

Quincy is being give an IV drip of adrenaline fluid and, in the meantime, three of the crew members have escaped the watch of the troopers and are loose on the ship. The troopers discover that Quincy’s family is on the ship and Quincy’s wife agrees to go with them as long as her daughter stays with the crew. They bring Quincy’s wife up to see Quincy and threaten her life in order to make him reveal where the primordial strain of the cure is on the ship. Quincy apologizes to his wife and takes out the plug in his bullet hole so that he bleeds to death, telling Granderson’s men they’ll never find it.

Granderson tells her daughter that Quincy ended his life and she requests that her daughter Alisha aids her in her efforts. Alisha tells her to surrender and that she will not help her.

The troopers discover that Foster is pregnant and they take her away after locking Slattery in a room, which he escapes from, into the ship. Granderson’s doctors want to use her unborn child to extract the stem cells from the virus. Tex is disguised as a police officer and makes it inside Granderson’s headquarters. He finds Scott, who is being helped by one of Granderson’s doctors. Scott and Tex see Foster being taken away and Scott realizes what the doctors are going to try to do. As the doctor is about to stab Foster with a cyringe, the power goes out, thanks to Green, who is unaware of what’s going on with Foster. Alisha also momentarily escapes her mother, who is distracted by the power outage. One of the people in the operating room with Foster decides to help her out and release her restraints. Foster then stabs the doctor with the syringe just as Tex and Scott rescue her.

Back on the ship, one of the crew has gotten his hands on a knife and has cut his restraints, discreetly passing the knife on to the others so they can fight back at the troopers. Slattery has found his way into a control room on the ship and is able to monitor all the troopers as well as the crew members who are roaming the ship undetected. He happily sees them stocking up on guns. Slattery signals his men to let them know that he’s watching them. In turn, they let Slattery know that they have night-vision equipment on, so he cuts the power, allowing his men to take out the troopers who have been guarding all their crew members.

Granderson has sealed off the exits of her headquarters upon hearing about what happened with Foster and has also called for a search for her daughter. Granderson’s officers have also started to investigate the plant in efforts to get the power turned back on.

A local has let some of Granderson’s men know that there’s a family hiding out in an apartment. Chandler’s family tries to hide, but the men break in and they’re forced to shoot the troopers. With that, they leave the apartment. Tom Chandler and his group have met up with Scott, Tex and Foster inside Granderson’s headquarters. The warlords have also invaded. Granderson refuses to give up.

Chandler makes his way through Granderson’s building, rescuing people and Green is fending off troopers on his own at the power plant. Chandler orders Green to evacuate the plant. After leaving the plant, Green is being chased and contacts Jeter for help. Chandler’s dad tells Jeter to go help him and that he’ll protect the children himself.

On the ship, the crew has started to regain control. But, at Granderson’s headquarters, chaos ensues. Alisha tries to rescue some of the people there, but Granderson’s announcement to not trust anyone in a Naval uniform turns them against Alisha. Alisha gets in a fight with one of Granderson’s officers and ends up getting shot. Chandler, Green, Burke and the others find Alisha, who has lost a lot of blood. In turn, they take her with them.

Tex has taken out the security who was guarding Granderson’s building, allowing all the innocent people inside to evacuate. Slattery is discovered in the control room and fights for his life before the crew gains complete control of the ship.

Granderson comes face to face with the head of the warlords, who ends up shot by one of her men. Chandler discovers him and as the man lays dying, he tells Chandler that Granderson has fled to the roof. Chandler confronts Granderson on the roof and convinces her two guards to stand down. He then tells Granderson that her daughter was shot. Though upset by her daughter’s condition and Chandler’s words, Granderson remains confident in her choices. Chandler demands that she shut down Olympia, tells her troopers to stand down, and that she goes with him quietly. Granderson reluctantly surrenders, but says that Dr. Hamada told her that his vaccine caused a quick and painless death for the people. She said that she insisted on it. Granderson then reveals she has it on her before injecting herself with it and falling to the ground.

Chandler’s family has been brought aboard the ship and Chandler sees the aftermath of Granderson’s troopers taking over. Eight of their crew members lost their lives in the process. Slattery reveals to Scott that he, Doc Rios and Quincy saved the primordial strain of the virus.