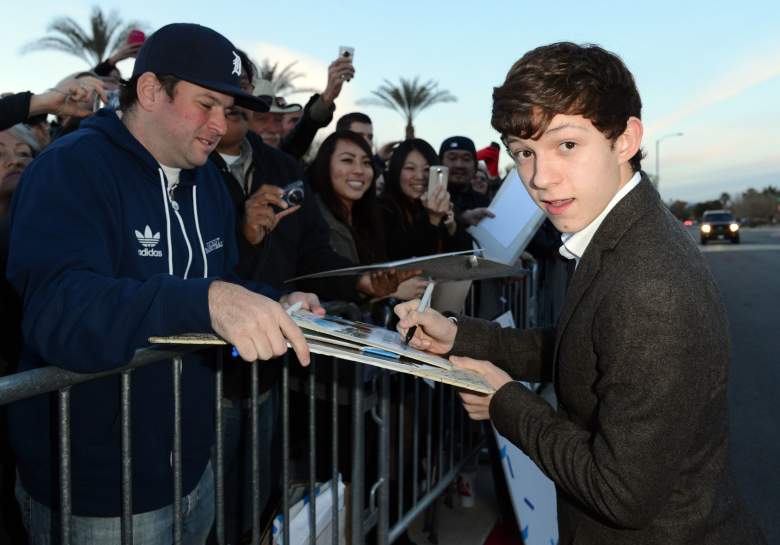 There’s a new web-slinger in town and his name is Tom Holland.

The 19-year-old British actor was officially cast as the latest incarnation of Spider-Man, Marvel studios announced on Tuesday afternoon. Holland is the third actor to portray the historic super hero on film, following in the foot steps of Tobey Maguire and fellow Brit Andrew Garfield.

Here’s what you need to know about brand-new hero:

1. Holland’s Casting Was Announced After an Extensive Search 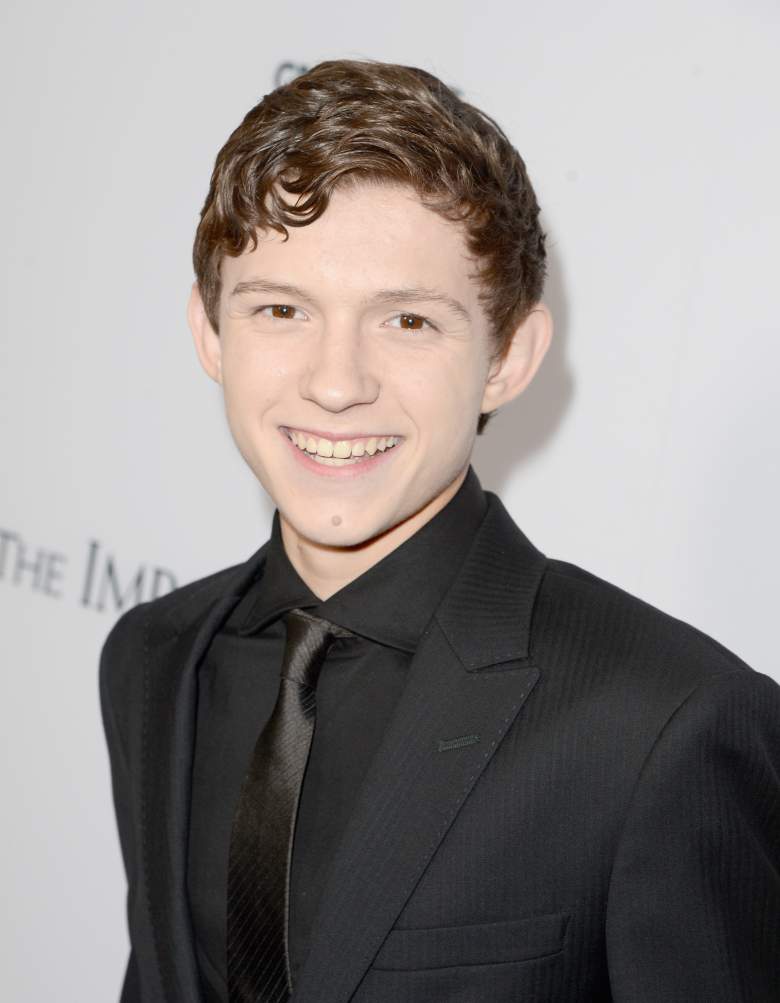 Holland’s casting was certainly a group effort. Marvel and Sony Pictures, as well as producers Kevin Feige and Amy Pascal conducted a large-scale search for both a brand-new Spider-Man and a director for his film.

According to a release from Marvel Studios, the search committee was particularly impressed with Holland’s previous performances as well as a series of complex screen tests.

Sony, Marvel, Kevin and I all knew that for Peter Parker, we had to find a vibrant, talented young actor capable of embodying one of the most well-known characters in the world. With Tom, we’ve found the perfect actor to bring Spider-Man’s story into the Marvel Cinematic Universe.

Holland was on the short list of actors who were being considered for the role, including Charlie Rowe who was, according to Deadline, the other leading contender.

Well done @TomHolland1996 , glad that tom's a mate, pleased for him. I thought I could've made quite a good spiderman pic.twitter.com/2Cyz6Sq8tp 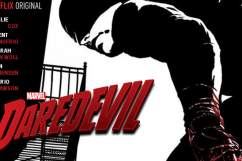 The latest installment in the Spider-Man film franchise will once again focus on Peter Parker, the most well-known incarnation of the super hero. It’s the same role that Tobey Maguire and Andrew Garfield depicted in the original Spider-Man trilogy and recent reboot.

This time, however, the actor playing Peter Parker, almost, fits the age of his character. At 19, Holland is the youngest of the three actors cast in the role. Reports had come out earlier this year that Marvel was hoping to showcase Parker during his high school years and was looking to cast an actor between the ages of 14-18.

The fact that I initially thought, "#TomHolland seems too young for SpiderMan" is a sign how far recent movies have gone away from SpiderMan

The decision to return to the Peter Parker origin story may not sit well with fans. Social media exploded with a desire to the role played by an actor of color or for the bi-racial character of Miles Morales, who took over Spider-Man duties from Peter Parker in the comics, to take on the job of the superhero.

3. Holland is Expected to Make His Marvel Appearance in ‘Captain America: Civil War’

Although Holland will headline his own Spider-Man film in 2017, the superhero is expected to make his first Marvel appearance in Captain America: Civil War next year.

Variety reported that Marvel had actually been sending actors to screen test in Atlanta where the studio is currently filming the third film in the Captain America franchise. However, the magazine sites that Spider-Man is only expected to have a quick cameo in the film, using the moment as a chance to introduce the superhero into the Avengers universe. 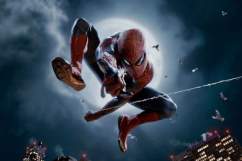 4. It’s the First Time Spider-Man Will Appear in the Marvel Universe After a Legal Battle With Sony 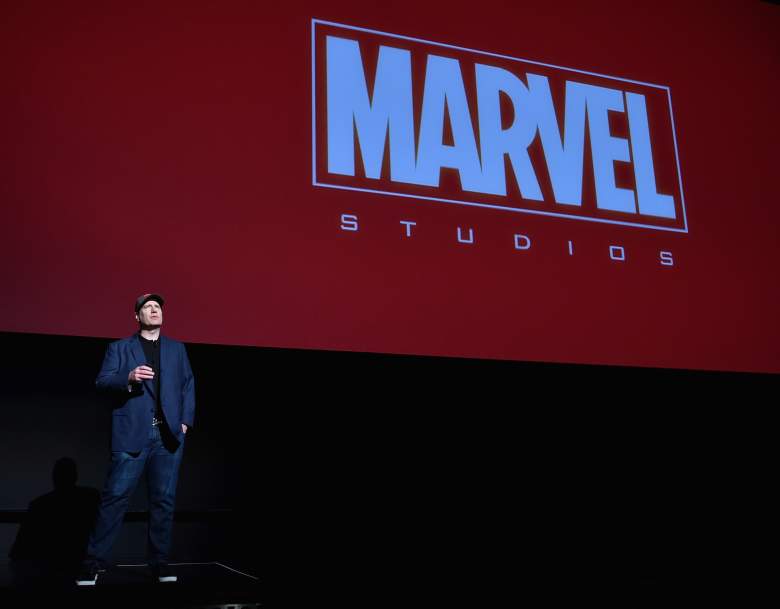 Holland’s appearance in the Marvel universe will be the first time Peter Parker will appear alongside his comic-book allies. The move is a long-time coming after Marvel and Sony went to battle for the rights to the character earlier this year, following the much-publicized hacking of the Sony system.

According to a report by Variety, Sony had owned the feature rights to the comic book character since 1999, when Marvel sold it to the studio for $7 million. However, as Marvel’s popularity skyrocketed, the group looked to regain control of its teenage superhero.

The new deal makes Spider-Man a bit of a joint venture for both Sony and Marvel, with Marvel’s Kevin Feige producing the new film while Sony will continue to distribute, finance, own and have final creative control over the character.

I am thrilled to team with my friends at Sony Pictures along with Amy Pascal to produce the next Spider-Man movie. Amy has been deeply involved in the realization on film of one of the world’s most beloved characters.  Marvel’s involvement will hopefully deliver the creative continuity and authenticity that fans demand from the MCU.

5. Holland is Best Known for His Roles in ‘The Impossible’ & ‘Wolf Hall’

Although he doesn’t have a long list of movies to his name, Holland’s performances in both The Impossible and Wolf Hall sparked interest from both Marvel and Sony. He also already has ties to the Marvel world, appearing alongside Chris Hemsworth, who plays Thor, in the upcoming film In the Heart of the Sea.

Holland, who grew up in Surrey, actually has a dancer’s background and made his West End debut in Billy Elliot the Musical as Micahel, Billy’s best friend. He even danced as part of the musical in front of 10 Downing Street to honor the fifth anniversary of the show.

Still, it was Holland’s acting chops that landed him the role of Spidey. Sony Pictures’ Tom Rothman said:

I’ve worked with a number of up-and-coming directors who have gone on to be superstars and believe that Jon is just such an outstanding talent. For Spidey himself, we saw many terrific young actors, but Tom’s screen tests were special. All in all, we are off to a roaring start.