A North Carolina woman is suing rapper 2 Chainz for $5 million after he posted a video to YouTube where he calls her a hoe. The woman is named in court documents as Christina Chisholm. In the video, she refers to herself as “Tina.” The clip was shot backstage at one of the rapper’s gigs in Charlotte in March 2014.

1. At the beginning of the video, Chainz refers to Chisholm as “THOT” which is slang for “That Hoe Over There.” She talks to the rapper while one of his entourage says he knows Chisholm through Instagram. Chainz eventually tells her to leave because the video will end up on the Internet.

2. In court documents, Chisholm says that due to the video, she was fired from her job at a barber’s shop and that she’s been subjected to constant verbal abuse on the street. Also named in the suit is Ro’Zay Richie, one of Chainz’s entourage. Chisholm claims that she was invited backstage by him. The suit was filed in North Carolina in June 2015. More than a year after the video was made.

3. Chisholm says in the documents that the video has been watched over 10 million times. On the YouTube counter, the viewing is less than 500,000.

4. On her Instagram page, Chisholm says she’s the “Queen of Hearts” and wants “Love and Good Vibes only.”

5. Chainz hasn’t really faced a legal issue like this before. In 2013, he was twice cited for weed possession in Maryland and then at LAX. Later that same year, during a tour stop in Oklahoma, his bus was pulled over due to a faulty tail light. Investigating officers later found weed, prescription painkillers as well as a cache of guns on board. 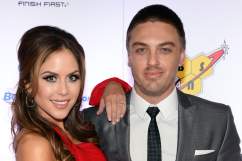