Caitlyn Jenner’s reality TV show I Am Cait premieres tonight at 8:00 p.m. ET/PT on the E! Network. It has been a long-awaited debut for Jenner and the show thus far has received primarily positive reviews. Read on for all the details on what to expect from the show.

1. Her Relationship To Kris Jenner’s Friend Ronda Kamihira Is Clarified

On an episode of Keeping Up With The Kardashians, prior to Bruce Jenner’s official transition to Caitlyn, Bruce’s relationship with Kris Jenner’s former friend Ronda Kamihira was the topic of concern for the family. Ronda Kamihira was a friend of the family and of Kris’, so her hanging out with Bruce after the divorce was upsetting Kris as well as Bruce’s daughters. On I Am Cait, Kamihira is introduced as Jenner’s assistant and close friend. According to Us Weekly, Jenner was confiding in Kamihira about her transition a couple years ago and Kamihira even helped pick the name “Caitlyn”.

Not only is the show about Jenner’s transition to womanhood, but it is also about sending a message. On the premiere episode, Jenner visits the family of a transgender youth named Kyler, who took his own life. Jenner attends a memorial with Kyler’s friends and family and helps to shed light on the pressures Kyler faced as a transgender boy. 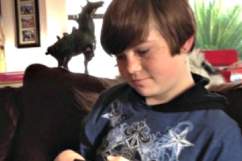 3. Many Are Wondering If Candis Cayne Is Now Dating Jenner

On episode 2 of the series, Us Weekly reports that Candis Cayne asks Jenner out on a date. Recently, Cayne has been spotted out and about in New York City with Jenner as well as dancing with her at a Boy George concert.

4. The Series Focuses On The “New Normal”

The reality series focuses on the “new normal” for Jenner, exploring how her transition and how it affects her family and friends. The official synopsis of the show reads:

I Am Cait is E!’s new documentary series with Caitlyn Jenner, formerly Bruce Jenner, living her life as a transgender woman. The series will tell her intimate story and will join “Cait” as she seeks out her “new normal.” Living for the first time as the person she feels she was born to be, the docu-series will also explore what Cait’s transition means for the people in her life and how those relationships are affected, while offering a better understanding of many of life’s challenges.

Jenner tells E! that this experience has been truly life-changing, explaining that:

The response to my new journey has been overwhelmingly positive and I’m eternally grateful for all of your sweet messages, letters and gifts.

The reactions from viewers and critics thus far, has been overwhelmingly positive for Jenner as she states:

The response to my new journey has been overwhelmingly positive and I’m eternally grateful for all of your sweet messages, letters and gifts.

5. Several Family Members Meet “Caitlyn” For the First Time On the Show

Esther Jenner steals the show in 'I Am Cait' premiere http://t.co/MtwqzpDa2I pic.twitter.com/xHTz6VNg9E

On the show, several of Jenner’s family members are seeing her as Caitlyn for the very first time. For example, Jenner’s youngest daughter Kylie sees her for the first time via FaceTime and then visits her at her home. Caitlyn’s mother Esther and her two sisters also come to her house to see her. The show explores the reactions of Jenner’s family, which are pretty positive. 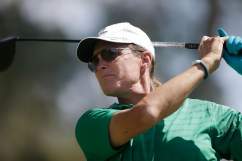