Who are the hosts and judges of the 2015 Miss USA Pageant? This year, the line-up is full of gorgeous women, as TMZ reports that the judges are all former Miss USA or Miss Universe contestants and title holders. The judges include:

Emmitt Smith, Terrence Jenkins, and former Miss Universe Zuleyka Rivera were originally part of the panel of judges, but when Donald Trump’s offensive comments against Mexico aired, they all dropped out of the show.

The new hosts of the show are Todd Newton, Alex Wehrley and Julie Alexandria. Previously Cheryl Burke, Thomas Roberts and Jeannie Mai were the hosts, but they also dropped out after the controversial comments that Trump made in prior weeks. Newton is an Emmy winner who has been a host for Family Game Night on TV, while Wehrley was Miss Wisconsin USA 2009 and has hosted for E! News Now as well as VH1’s Big Morning Buzz Live. Alexandria has worked as a sideline reporter at college football games and has hosted OK! TV.

Newton explained via Twitter why he chose to be a part of the show despite the controversy surrounding Donald Trump, stating that:

As a TV host there are few stages more iconic than that of Miss USA. Politics play no part. For me it’s all about putting on a great show. 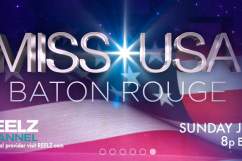 Miss USA 2015 Pageant: Who Is Performing? 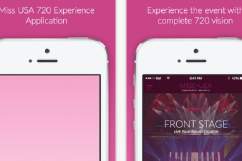 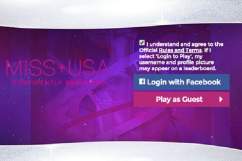 Miss USA 2015 Pageant: How to Vote & Save an Eliminated Contestant

Read More
Miss USA, TV
Who are the hosts and judges of the 2015 Miss USA pageant? After all the Donald Trump controversy, everyone wants to know who's hosting and judging the show.