It’s season 12 of So You Think You Can Dance and the show has changed a bit. There are now two teams against each other – Street Vs. Stage, with 10 performers on each team. In addition, there will be a “Fan Save” via Twitter incorporated into the voting. After the bottom three from each team performs each show, the viewers will have a short window to tweet in order to save two of their favorite dancers – one from Team Stage and one from Team Street. Using the hashtag #Save[Dancer’s First Name], fans can vote to keep performers on the show. The results will be announced live at the end of the show and the other contestants up for elimination will be sent home. For the most up-to-the-minute info on which contestants are in the bottom, you can follow the show’s Twitter account by clicking here.

Other ways to vote include:

SMS Voting Via Text Message – Text the name of the dancer you want to vote for to 21523. Message and data rates may apply. Votes are limited to 20 per voter. The official rules for text message voting reads:
1. To participate, text the promoted keyword (contestant first name) to the short code: i.e., “Text NIGEL to 21523”.
2. Your carrier’s standard message and data rates may apply.
3. To opt-out of the promotion at any time, send STOP, QUIT, CANCEL, END or UNSUBSCRIBE to 21523.
4. To get help with voting by SMS, send HELP to 21523, or e-mail Telescope customer service at info@telescope.tv
5. During a valid vote window, users will receive 1 ‘Thanks for Voting’ message per contestant voted for, per vote episode, regardless of the number of votes cast.

Super Vote – You can cast your Super Vote by clicking here. A valid Facebook account is generally needed.

Super Vote Via FOX Now App – The official instructions for this app are:
If you have a compatible Android or iOS device (tablet or handheld), then you can vote via the FOX NOW App. Here is how:
(a) Download the App from the Apple Store or Google Play Store. Data rates may apply for App download.
(b) Follow the voting instructions found within the App. To vote via the App, you will need to sign into a valid Facebook account when prompted. If you do not already have a Facebook account, you will need to create one before being able to vote.

Voting for viewers opens at the end of the East Coast show airing and closes at 9:00 a.m. PT the morning after that individual Voting Show airs on FOX. 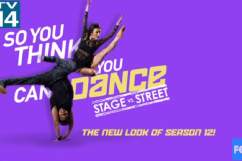 ‘So You Think You Can Dance’ Contestants & Twitter Save