It’s been one wild and crazy ride on Wayward Pines. Now, it’s about to end.

With its 10-episode run set to wrap up on FOX tonight, Wayward Pines has promised to answer every question it has sparked throughout the summer and finish the story of Ethan Burke (Matt Dillon) and the inhabitants of the small Idaho town he stumbled upon. But while the show itself has certainly been full of twists and turns, the lead-up to the “summer event” has been just as intriguing. Here’s what you need to know heading into tonight’s finale:

1. The Show Is Based on a Book Series by Blake Crouch

Wayward Pines is actually based off a trilogy of books written by American author Blake Crouch. The series was published between August 2012 and July 2014 and, just like the TV series, follows the exploits of U.S. Secret Service agent Ethan Burke as he uncovers the mysteries surrounding the small Idaho town.

Crouch has discussed how the series covers themes of isolation, time-displacement, human evolution and even cryonics. For the most part, the TV series has remained true to its source material, although show runner Chad Hodge did acknowledge that tonight’s series finale may make a few tweaks, telling TV Line:

I think they’ll find it very similar to the books with a few tweaks here and there. Again, the First Generation is not a part of the books in the way that it is in the series, and they figure in in a major way in the ending. So there are some differences. But globally and schematically and mythology-wise, it’s all the same. I’m very close to Blake Crouch, the author, and everything was sort of put through his filter the entire time.

No, you’re not imagining those parallels and apparent inspiration between both Wayward Pines and Twin Peaks. Of course, the most obvious similarity are the shows Pacific Northwest settings and seemingly quaint small towns that hold a much deeper, more sinister, secret. Then there are the main characters, both government agents dealing with a cast of eccentric and intriguing characters.

But that might be where the similarities end and executive producer M. Night Shyamalan, he of the late-movie twist fame, shut down comparisons earlier this year, saying:

I think when it’s all said and done, it has nothing to do with [‘Twin Peaks’]. The world is different. Everyone speaks different. That’s just the way it is. And in our…show, ‘Wayward Pines,’ everyone’s acting very odd. You have to watch for ten episodes and you’ll understand why they’re acting odd. There’s a reason. There’s a grounded reason.

This show has been a long time coming.

Wayward Pines was first picked up for a limited run by FOX in 2013 and the networked announced the series would premiere sometime in 2014. That didn’t happen.

Instead, the series lingered in TV limbo for more than a year before, finally, premiering in May 2015. Since then, Wayward Pines has been on a serious series upswing. The show had the highest percentage gain of any Fox debut in Live +3 ratings, which take into account DVR and web-watching numbers, growing 90-percent from its Live and Same Day results on its debut.

4. FOX Announced There Would Be No Season Two

Despite increased popularity and growing interest with each of its 10 episodes, Wayward Pines won’t be getting a season two – and for good reason. The show was always pitched as a limited run, with a definite beginning and ending point.

As TV lover, things that are limited series, I’m more willing to engage with them and commit to them because I know I’m going to get answers and reveals and be on the edge of my seat and then 10 episodes later, I’ll feel like there was a beginning, middle and an end.

It also doesn’t help that the contracts for the show’s cast have long since expired and producers would be forced to bring a whole new cast with a brand-new premise to set up a second season. After all, with a handful of Oscar winners and nominees on the cast list, producers couldn’t expect them to stick around forever. Still, show executives have promised to answer viewers questions by the end of tonight’s hour-long finale. 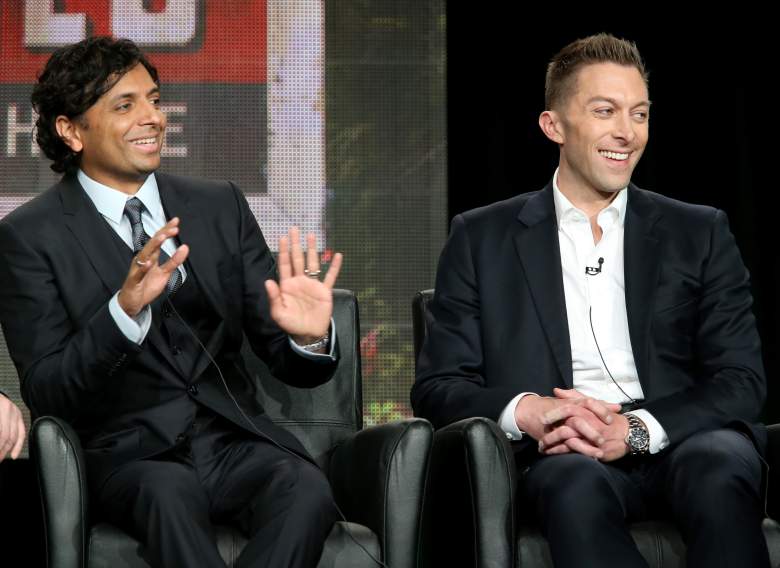 The companion series, titled Gone, was written and directed by Christopher Leone and premiered each week alongside the brand-new episodes of Wayward Pines.

Gone followed Eric Barlow, a rocket scientist, searching for his missing wife Sarah, a journalist, after she had left a message for him telling him she was leaving. Barlow works with Sarah’s colleague Elena and the two are ultimately drawn towards a mountain in Idaho where they meet a man involved in the construction of Wayward Pines.