Brandi Passante is well-known as the level-headed, reasonable voice in the sometimes chaotic and dramatic world of Storage Wars.

But the California native is much more than just a buyer. She’s also a successful business owner, a mother of two and even a pretty talented cook. As she continues to find quasi-buried treasures for her store Now & Then, which she co-runs with her long-time boyfriend Jarrod Schulz, Passante is always on the look out for the money-making find.

Here’s what you need to know about the reality TV star:

1. She & Jarrod Schulz Have Been in a Relationship For More Than a Decade

Contrary to what many Storage Wars fans may think, Passante and her long-time partner Jarrod Schulz aren’t married. At least not officially. Still, the two are in a committed relationship and have been together for nearly 15 years.

The two have been standouts on the A&E reality series since it began and even added rung to their collective reality ladder with Brandi & Jarrod: Married to the Job.

Passante and Schulz first met in 1999 when they were both working at a carpet-cleaning company in Tustin, California. After a foray into the mortgage business, Schulz’s aunt, who managed a storage facility, suggested trying out auctions and the rest is reality TV and relationship history. 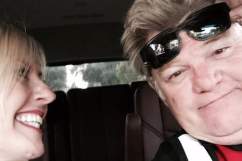 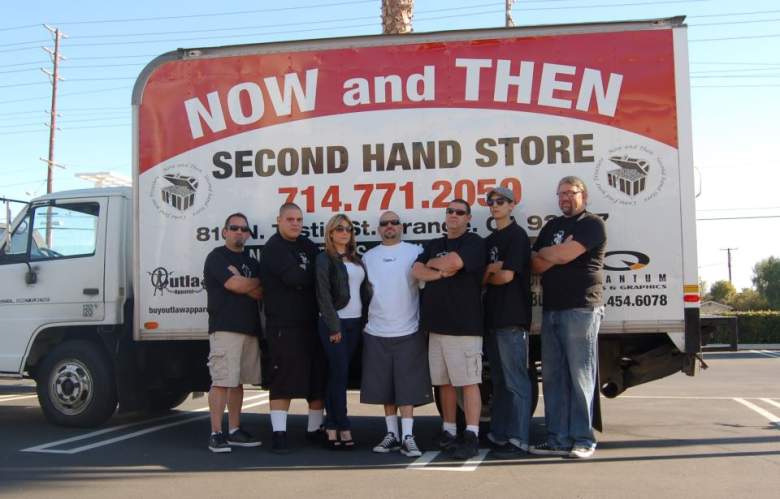 Just before their lives were changed when Storage Wars came knocking, Passante and Schulz combined professional forces to open the Now & Then Thrift Store in Orange, California. The store offers a handful of rare and hard-to-find items, as well as items that the couple actually bid for on Storage Wars.

It hasn’t all been easy though. In 2014, the couple closed the Long Beach, California location of Now & Then, opting to cut back on the high costs of running multiple stores.

3. She & Schulz Have Two Kids Together

Brandi and Jarrod have two kids together, a daughter and a son named Peyton and Cameron. Both children were featured on Brandi & Jarrod: Married to the Job.

Cameron recently turned 12 years old and the family celebrated with an 80’s themed birthday party. According to his bio on the A&E website, Cameron loves roller coasters and his favorite superhero is Captain America. He wants to eventually design cartoons.

Peyton, meanwhile, is nine years old and, just like her older brother, loves to ride roller coasters. She’s anxious to get to high school so she can join the track and field team.

But while the reality personality won her case, California Judge James Selna only awarded Passante $750, claiming she had “established liability, she had failed to establish entitlement to damages she seeks.”

5. She Loves to Cook & Once Considered Becoming a Chef

Although Passante’s schedule is almost consistently hectic, the mother of two makes sure that she still has enough time to cook every now and then. She’s consistently focused on eating on the healthier side of things, but does admit that she dabbles on the savory end of the spectrum as well.

I love to cook! I’m Sicilian, so it is in my blood! But it is time-consuming, so I have learned how to cut corners. I rely on roasted chickens a lot – I use them to make things like soups and pot pies. They make it possible for me to get dinner on the table in 30 minutes.

Passante added that she even once considered becoming a chef and counts chicken stroganoff as one of her specialties.