Lauren Iaconetti is the younger sister of Ashley from The Bachelor. The two have joined Bachelor In Paradise season 2 as a team, but Lauren isn’t feeling the Paradise spirit. Read on for our 5 Fast Facts on Iaconetti below.

1. She Says She’s The Mistress Of Someone From Back Home

On BIP2, Lauren Iaconetti is miserable, hot and can’t stand being around other people for 24 hours a day. She ends up admitting that she’s “someone’s mistress” from back home and that she is desperately in love with them. Iaconetti says he is not her boyfriend and he isn’t married, but he is with someone else. Iaconetti would rather leave the show and try to be with this person. Recently, Iaconetti posted on Twitter that, “My ex likes to remind me weekly that no one else will ever love me. He’s wrong.” So, it looks like she and her love are no longer together. 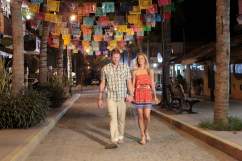 While Ashley Iaconetti is the virgin, her sister claims to be anything but that. Ashley often goes to her sister for advice on guys and says she feels inferior to her sister at times.

4. Lauren Is Her Sister’s Biggest Cheerleader

My sister @ashleyiaco doesn't have a mean bone in her body. She is sweet and cares about her friends. Editing is a crazy thing #TheBachelor

When Ashley Iaconetti was on The Bachelor, Lauren defended her sister online to haters and boasted about her sister being a sweet person.

5. She Is The Only Bachelor In Paradise Cast Member To Never Have Been On the Show

I'll show you a stimulus package

Generally, if you participate on one of the shows like Bachelor Pad or Bachelor In Paradise, it means you are a former cast member of either The Bachelorette or The Bachelor. However, this is not the case with Lauren. Ashley and Lauren Iaconetti thought it would be a fun twist to add a sibling into the mix.