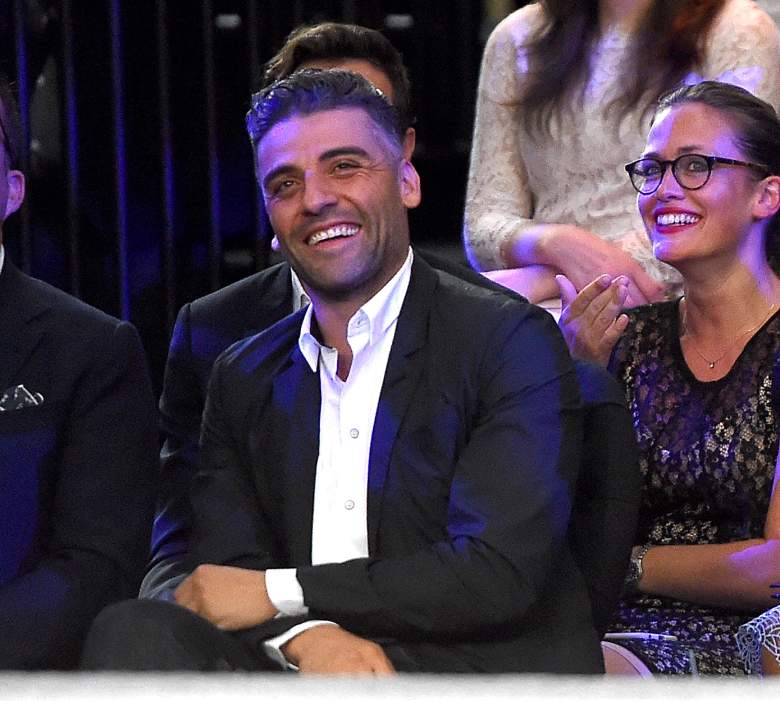 Oscar Isaac broke into the Hollywood scene just over five years ago, cementing his status as a movie star with his award-nominated role in Inside Llewyn Davis, and now the actor has a brand-new role to add to his impressive resume.

Isaac is set to star as Yonkers mayor Nicholas Wasicsko in the HBO miniseries Show Me a Hero, which is set to premiere this weekend. The six-episode story is directed by David Simon and tells the true, and surprisingly dramatic, story of the public housing fight in Yonkers, New York. The miniseries is already receiving rave reviews, as is Isaac’s performance at the front of a star-studded ensemble cast.

Before you check out the performance, learn a bit more about Isaac and his road to stardom. Here’s what you need to know: 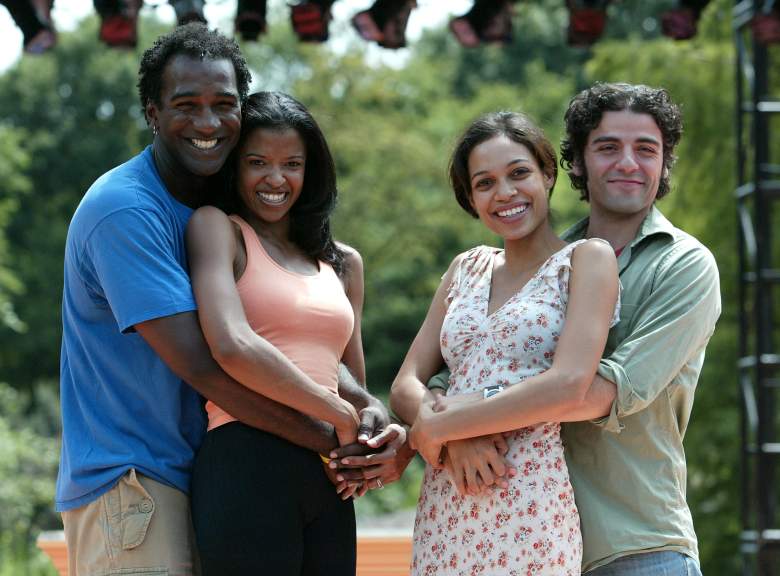 Isaac, whose actual name is Óscar Isaac Hernández Estrada, was born in March 1979 to a Guatemalan mother, Maria Eugenia Estrada Nicolle, and a Cuban pulmonologist father, Óscar Gonzalo Hernández-Cano. He, however, was raised in Miami, Florida.

Isaac described his upbringing as “very Christian,” telling The Telegraph:

We were evangelical. [At church] there was speaking in tongues, the devil was a real thing and people believed in demon possession. I was a bit of a loner. Sometimes I look back and think maybe I missed out a little. But I had no interest in going off the rails.

After he graduated high school in 1998, Isaac started to take an interest in performing and moved to New York. At 21 years old Isaac won a place on the school’s prestigious acting roster and won a role in the Public Theatre’s Central Park production of Two Gentlemen of Verona as soon as he graduated.

2. He Was a Musician First & the Lead Singer of His Own Band, the Blinking Underdogs 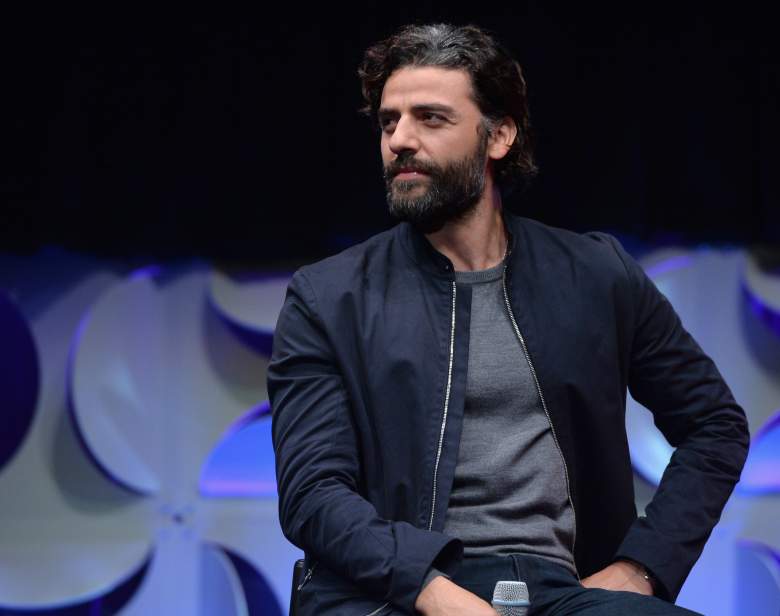 Isaac grew up around music, calling his dad ” a bit of a frustrated artist so we grew up listening to Bob Dylan and Jimi Hendrix.” Throughout high school he played in punk bands and directed his own videos but it wasn’t until he joined the straight-edge movement in the late 1990’s that Isaac truly immersed himself in his own music.

He split his time working as an orderly in the same hospital his doctor-father worked in and was also the lead singer of the ska-punk group, The Blinking Underdogs. It’s not a phase Isaac is particularly proud of:

I was never much of a singer. It’s embarrassing, I was trying to sound like everybody else. I went through a big Cure phase so I was trying to do that kind of dramatic voice.

But while he isn’t one to tout his musical talent, The Blinking Underdogs actually enjoyed some success, opening for Green Day several times before disbanding just before 2000.

When Isaac was growing up he had a poster of the Coen Brothers on his wall. He wanted to perform for the directors, to be featured in one of their films. And, in a strange twist of fate, it was the Coen Brothers who gave Isaac his first big-break, offering him the lead role in their film Inside Llewyn Davis.

The film, which was loosely based on Dave Van Rank, the film tells the story of a morose-folksinger living in New York City. It was the role Isaac knew he was born to play.

Since the premiere of Inside Llewyn Davis, Isaac has become a Hollywood favorite, earning a Golden Globe nomination for his performance. He’s also performed in critical hits A Most Violent Year and Ex Machina.

4. He Will Play Poe Dameron in the Upcoming ‘Star Wars’ Films

So, it’s going to be a pretty good year for Isaac. He’s already starred in one sci-fi hit, is earning praise for his performance in Show Me a Hero and, for good measure, he’ll wrap up 2015 by starring in a little film called Star Wars.

Isaac is slate to play Poe Dameron in the new film in the expansive franchise and, if the recently released trailer is anything to go by, he’ll also get to fly an X-wing. There have been rumors that Isaac’s role in the film was expanded to make up for Harrison Ford missing scenes due to an ankle injury, claiming that the Dameron character is a “descendant or even the son of Ford’s Han Solo character.”

Of course, these are rumors and there are only a few details that anyone is actually certain of when it comes to the film. Better get to a theater on December 18. 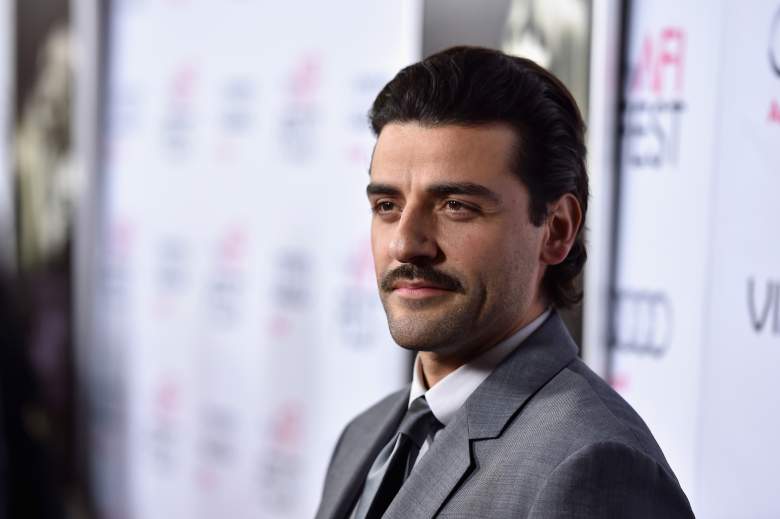 Isaac has been in the Hollywood spotlight for years now but, somehow, he’s managed to keep his private life, incredibly, private.

Reports had been circulating earlier this year that Isaac had secretly tied the knot with long-time girlfriend Maria Miranda, after supposedly getting engaged over the Christmas holiday, but nothing was ever confirmed. To make matters more private, there were even rumors that Isaac and Miranda had gotten married and divorced within weeks before reports linked the actor to Elvira Lind.