The Teen Choice Awards 2015 are finally here and we’ve got all the information on how to watch the show online. This year features multiple show hosts – Gina Rodriguez, Josh Peck and Ludacris and some of the presenters are the biggest names in Hollywood. From Caitlyn Jenner to Justin Bieber to Vin Diesel, all of your favorite stars will be in attendance. Tonight’s show will feature Little Mix’s first TV performance of their song “Black Magic” and 5SOS’s first TV performance of their hit “She’s Kinda Hot.”

If you’d like to watch the show live online via FOX’s live stream on FOX Now, click here.

FOX Now On Your Computer

To watch FOX Now on your computer, click here. With this, you can not only watch the FOX network live, you can get behind-the-scenes footage and other exclusive features.

FOX Now On Your Mobile Via the App

Watch the show on your tablet or mobile device via FOX’s app. The app can be downloaded via the iTunes store, Google Play, Kindle Fire, Windows Store, or Windows Phone Store. Click here to check it out.

FOX Now On Your TV

For top boxes, Apple TV, etc. FOX Now is available on your TV so that you can watch your favorite shows like the Teen Choice Awards. Click here for the details. FOX Now on your TV is compatible with: APPLE TV® | ROKU | XBOX ONE | XBOX 360 | SAMSUNG SMART TV & BLU-RAY PLAYERS | CHROMECAST 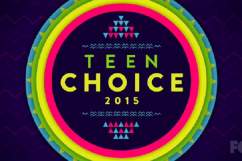