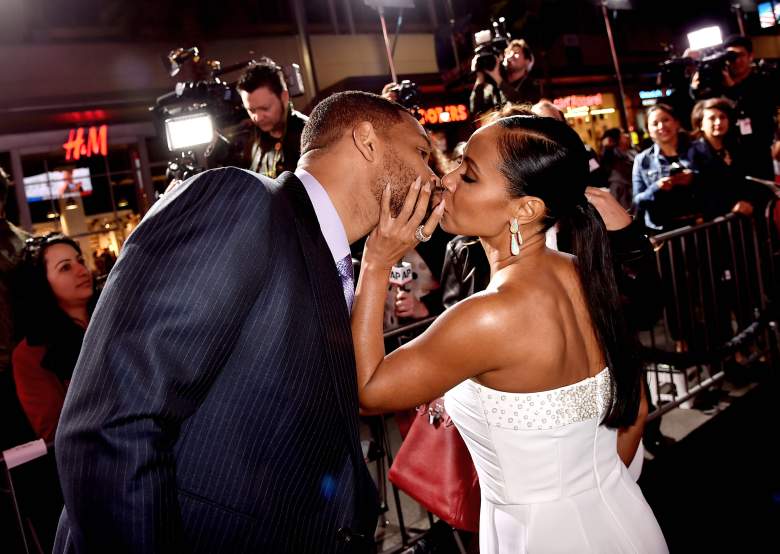 UPDATE: Will Smith has responded to the split reports on his Facebook page, writing:

Under normal circumstances, I don’t usually respond to foolishness. (Because it’s contagious) But, so many people have extended me their “deepest condolences” that I figured – “What the hell… I can be foolish, too!”
So, in the interest of redundant, repetitious, over & over-again-ness… Jada and I are…
NOT GETTING A DIVORCE!!!!!!!!!!!!! : -)
I promise you all – if I ever decide to divorce my Queen – I SWEAR I’ll tell you myself!
‪#‎Dumb‬ People Should Have to Wear Scarlet D’s

Jada Pinkett-Smith has posted a tweet online, in response to her husband’s FB post, writing, “My king has spoken.”

For years, there have been so many rumors surrounding the marriage of Will and Jada Pinkett-Smith. While some sources reported they had an open marriage, others stated that Will was a cheater. Pinkett previously addressed the cheating rumors about her husband to Howard Stern in an interview, stating:

I’m not his watcher. He’s a grown man … as long as Will can look himself in the mirror and be okay.

In 2011, there were rumors that Pinkett cheated with Hawthorne co-star Marc Anthony, while Smith was rumored to be fooling around with Focus co-star Margot Robbie in 2013. So, what’s the latest news on the couple? According to Radar Online, the couple are ending their marriage after 17 years together. An insider tells Radar:

For Will and Jada, holding it together these past few years has been tough because their marriage has been on life support for a long time. They’re exhausted from trying to maintain the façade of a happy union. They’ve decided to pull the plug in a carefully choreographed manner, [and] agree announcing their split at the end of the summer is the right move … They’re already moving on with their lives. All that’s left is the inking of the divorce papers.

According to the source, the couple has worked out a confidential settlement for their $240 million fortune and they’ve been preparing their two children for the split.