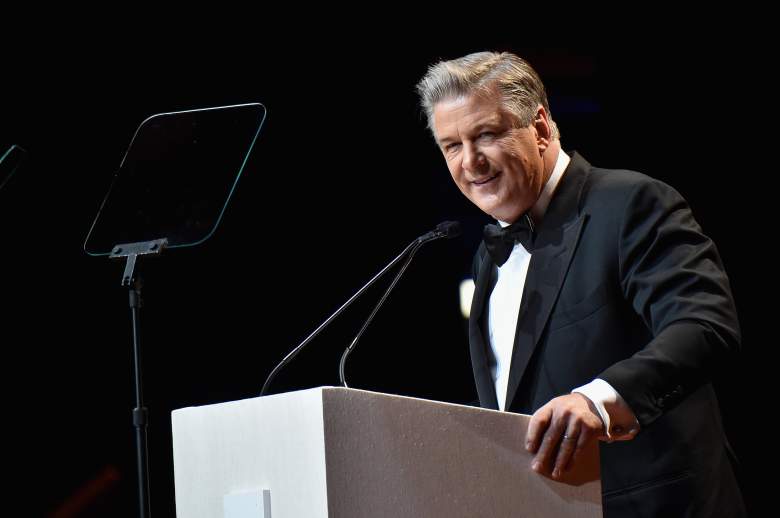 The veteran actor will return to TV, at least for an hour, on Tuesday night as the guest announcer on Neil Patrick Harris’ brand-new variety show. (Getty)

Alec Baldwin is back on TV. At least for one night.

The actor, who has seen his share of hits and controversies over his prolific career, will serve as the guest announcer on the latest episode of Best Time Ever With Neil Patrick Harris on Tuesday night.

Baldwin, of course, has plenty of TV experience to his name. He appeared in two seasons of Knots Landing and is a two-time Emmy award winner for his role on 30 Rock. This role, however, will be a little bit different. And if last week was any indication, Baldwin will also be as much of a participant in the variety show as he is an announcer.

Best Time Ever With Neil Patrick Harris, is scheduled for 9 p.m. on Tuesday night. Here’s what you need to know about Baldwin:

1. Baldwin Graduated With a Bachelors Degree From NYU in 1994 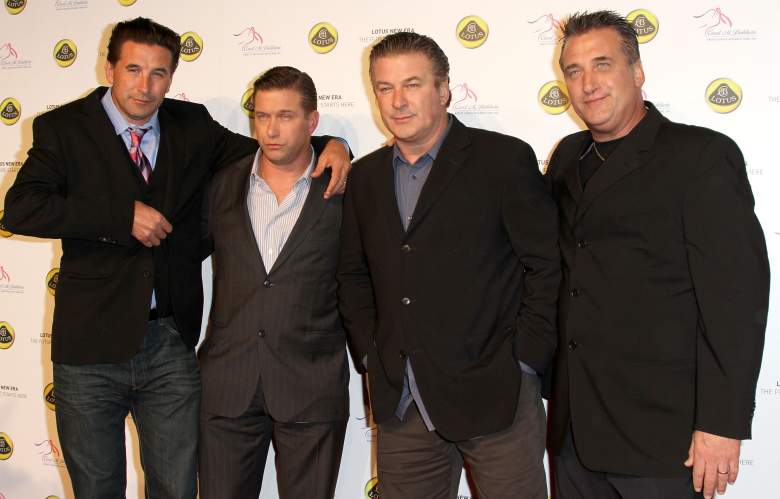 Baldwin and his brothers have found success on the Hollywood spectrum after growing up together in New York. (Getty)

Baldwin was born in Amityville, New York, the oldest son of Alexander Rae Baldwin, Jr. and Carol Newcomb. Of course, Baldwin comes from one of the most prominent acting families in the world. His three younger brothers, Daniel, William and Stephen, also became actors.

Baldwin graduated from Alfred G. Berner High School in Massapequa, New York and was a standout football player. He attended George Washington University for three years before transferring to New York University’s Tisch School of the Arts in 1979. His academic career took a hiatus when he turned to acting but eventually returned to NYU in 1994, graduating with a Bachelor of Fine Arts degree.

2. He Began His Acting Career on Broadway & Has a Prolific Stage Resume

After leaving school to focus on acting, Baldwin made his Broadway debut in the 1986 revival of Loot. Although the production was closed after three months, his acting career was just beginning.

His other early Broadway credits include Serious Money and a revival of Tennessee Wiliams’ A Streetcar Named Desire, which earned him a Tony Award nomination for Best Actor. Baldwin also earned an Emmy nomination for the 1995 television of the production, in which both he and Jessica Lange reprised their roles.

In 2005, Baldwin also appeared in a concert version of South Pacific at Carnegie Hall. He returned to Broadway most recently in April 2013 as Harold in Orphans. The show was first expected to co-star Shia LaBeouf but he left the production in rehearsals and was replaced by Ben Foster.

Although his television and film career is jam-packed with hits, awards and even a few flops, Baldwin’s legacy was shaped by his role as Jack Donaghy on NBC’s 30 Rock. Baldwin first met his future co-stars on the show, Tina Fey and Tracy Morgan, while hosting Saturday Night Live.

Baldwin racked up the awards for his performance on the Fey-penned sitcom, but he admitted in 2013 that he considered leaving the show prior to its finale that year:

(The fifth season) was the low point. Though even anemic 30 Rock writing is still better than everybody else’s writing. I go, ‘I’m going to get the fuck out of here, I’m done,’ because I’m an employee, I don’t have any say. So Season Five ends, and I’m saying ‘Next year, I’m done,’ then I come back, and Season Six is really good, we all had fun again.

Since the end of 30 Rock, Baldwin has appeared in a handful of films, including this summer’s Mission: Impossible – Rogue Nation as well the upcoming film Concussion. 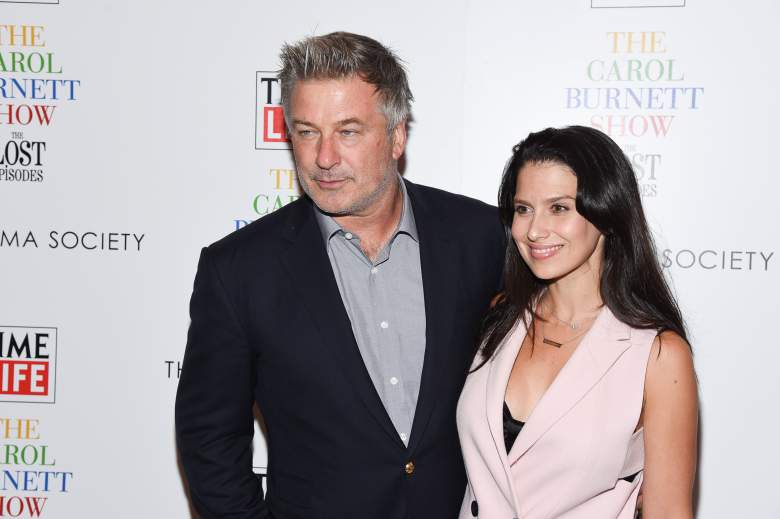 Baldwin and his wife, Hilaria, welcomed their second child together, a son, earlier this summer. (Getty)

Baldwin started dating Hilaria Thomas, a New York City yoga instructor, in August 2011. The pair, who moved together to Greenwich Village that year, got engaged in April 2012 and were married on June 30, 2012 at St. Patrick’s Old Cathedral in New York City.

Thomas, who was 28 years old at the time, wore a Amsale gown while Baldwin, 54 then, wore a suit designed by Tom Ford. It was the second marriage for Baldwin, who was previously married to Kim Basinger after meeting the actress on the set of The Marrying Man. The pair had a daughter, Ireland, who attended her father’s second wedding, in 1995.

Baldwin and Thomas have two children of their own together, a daughter Carmen, who was born on August 23, 2013. Their son, Rafael Thomas, was born on June 17, 2015.

5. Baldwin Has Been Very Vocal About His Political Views 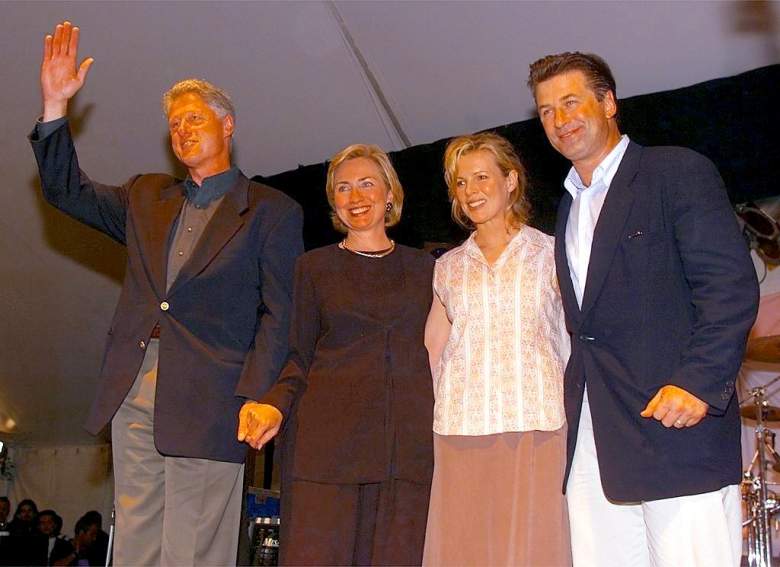 Baldwin has been incredibly vocal about his political views, posing here with Bill and Hillary Clinton as well as ex-wife Kim Basinger. (Getty)

Throughout his career, Baldwin has been incredibly vocal about his political views, supporting the Democratic party and endorsing Barack Obama int he past two presidential elections.

Although he has yet to run for actual political office, Baldwin hasn’t entirely ruled out the idea, telling The New York Times that if he did become involved, he’d like to run for Governor of New York. He added that he was mulling a 2013 run for Mayor of New York City, but said he was abandoning the campaign to focus on his role on 30 Rock. Baldwin explained the decision on his podcast:

Baldwin also hosted his own politically-focused late night show, Up Late with Alec Baldwin, on MSNBC. However, the show was cancelled in November, 2013 after a use of an offensive anti-gay epithet to describe a reporter.