Amazon first launched Amazon Prime back in 2005, and recently celebrated the 10-year anniversary of the service with their Prime Day promotion. Until early 2014, the price of Amazon Prime was just $79. Amazon increased the cost of a Prime Membership to $99 in March of 2014. That marked the first increase in price in the history of the program. The September 25 promotion will see the cost of Prime drop to levels even lower than the 2014 membership price.

Transparent is a 10-episode Amazon Original Series, starring Jeffrey Tambor as Maura, a trans woman who used to be Mort, the family patriarch. The show boasts a 91 Metascore on Metacritic. The second season of Transparent will premiere on Prime Video on December 4.

Transparent has been the most popular original series on Prime Video since the show’s launch. Amazon’s other shows include Hand of God, Bosch, Catastrophe and Mozart in the Jungle. Prime Members can also stream Amazon’s hotly anticipated new series The Man in the High Tower when it premieres in November. These shows are all exclusive to Amazon, and can’t be viewed through competing streaming services.

If you’ve been putting off getting a Prime membership because they are too expensive, now is a good time to sign up. The holidays are just a few months away, and having free two-day shipping is a perk you’ll probably appreciate when you start your shopping in December. Amazon Prime members also get early access to Amazon’s Lightning Deals, which could give you an edge when you’re trying to score that coveted holiday gift.

In addition to Prime streaming video and free two-day shipping, Amazon Prime members also get access to a number of other perks. These Prime membership features include unlimited, ad-free access to over a million songs and hundreds of custom-built playlists on Prime Music, as well as free unlimited photo storage. Prime members can also access the Kindle Owner’s Lending Library, where over 500,000 books are available to read on mobile devices, Kindles, or laptops.

FYI: Don’t freak out if the right price doesn’t appear to be displaying. Although the price in your cart will show as $99 at first, the promotional discount will be applied at checkout. 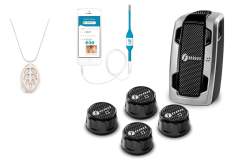