The second season of the FOX hit debuts its second season on Wednesday, September 23 at 9 p.m. ET. If you thought last season was jam-packed, it’s got nothing on this season.

The drama gets more impactful. The music is gonna get better and better. You’re just gonna see brothers fighting for success. This season, you can expect from Hakeem just to have music that’s gonna evolve better than last season. You’re gonna see him grow.

There are a handful of guest stars slated to appear in this season, ranging from Mariah Carey to Chris Rock. There’ll also be more music. And, of course, more Cookie.

It’s a new episode of television you don’t want to miss.

No TV? That’s totally cool. Here’s how to watch the show online or stream it on mobile. Check out all the information here:

To watch the FOX stream of the show, click here. From there, it’s pretty simple. You click on the episode and watch the Empire-related drama unfold in front of you.

Keep in mind that the stream won’t be up immediately. If you can’t watch the live broadcast of the show, FOX will put up the entire episode the next day.

If you want to watch the show on the move, via your mobile device or tablet, don’t worry, there’s an app for that. You can get the FOXNOW app at the Apple Store and on Google Play. 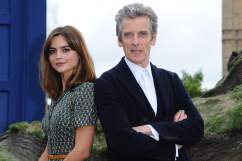 When Is Jenna Coleman Leaving ‘Doctor Who’?