O'Bannon's Wake | Public Morals | TNTMr. O's wake brings together Muldoon and the west side Irish Mob, where Muldoon and Patton agree to meet and discuss the case. Also, Muldoon gets a tip about a high stakes, illegal card game run by the Italian Mob. SUBSCRIBE: bit.ly/SubscribeTNT WATCH MORE: bit.ly/1Mq0KG7 About Public Morals: The series centers on New York City's…2015-09-01T15:17:03Z

The brand-new drama takes the emotion up a notch as the murder of Mr. O proves that relationships are, sometimes, more important than the efforts of the law.

The latest episode of Public Morals, titled “O’Bannon’s Wake,” the literal and metaphorical wake after Mr. O’s murder brings together several elements of the west side Irish Mob and leave the group feuding over how it should move forward. In other words, expect some pretty serious fighting. Along the way, Muldoon (Edward Burns), comes up against a handful of challenges that will have him questioning the best way to navigate the issues and taking on some questionable tactics.

Joe Patton’s (Brian Dennehy) relationship with his son will also continue to take its toll on the family as the two butt heads over how they should handle Mr. O’s bookmaking operation. Of course, that’s made all the more challenging when Mr. O’s enforcer threatens to wage a war against the entire Patton family.

Public Morals airs on Tuesday at 10 p.m. ET on TNT. 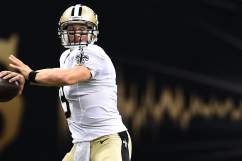 Read More
Edward Burns, TNT, TV
Read up on the latest spoilers and a preview clip for tonight's brand-new episode of Public Morals.