Robert Bowdrie “Bowe” Bergdahl is a United States Army soldier who was held captive by the Taliban-aligned Haqqani network. In May 2014 he was released in a highly publicized trade for five Guantanamo Bay prisoners. After sending a cryptic email to his parents about “obeying his conscience”, Bergdahl walked off the base and was captured by insurgents. He said his goal in his capture was to attract attention to the deplorable conditions in Afghanistan. However, this is up for debate and Bergdahl was eventually charged with both desertion and misbehavior before the enemy, the latter which carries a potential life sentence.

Bergdahl has been in court at Fort Sam Houston in San Antonio, Texas, where “Serial” host Sarah Koenig was allegedly spotted.

Last week, a preliminary hearing for Bergdahl’s case was held at Fort Sam Houston in San Antonio, Texas, to determine if the former POW will be tried in a court-martial. According to someone present at the hearing, Serial host Sarah Koenig and at least one of the show’s producers were in spotted in the courtroom.

Also present was screenwriter Mark Boal, who wrote Zero Dark Thirty. Boal’s company, Page 1 Productions, has apparently been working on bringing Bergdahl’s story to the big screen ever since his release, and several anonymous sources familiar with the production tell Maxim that Boal has provided the Serial team with research material, including taped interviews with Bergdahl.

Maxim also spoke with two former members of Bergdahl’s unit in Afghanistan who say they have been interviewed by Serial producers. Both seemed to doubt Koenig’s ability to cover this extremely controversial tale without bias.

This is a Maxim exclusive and we cannot independently verify if this is true. But we will soon find out. 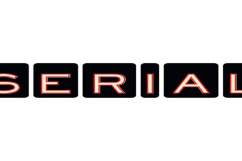 When Does ‘Serial’ Season 2 Come Out?