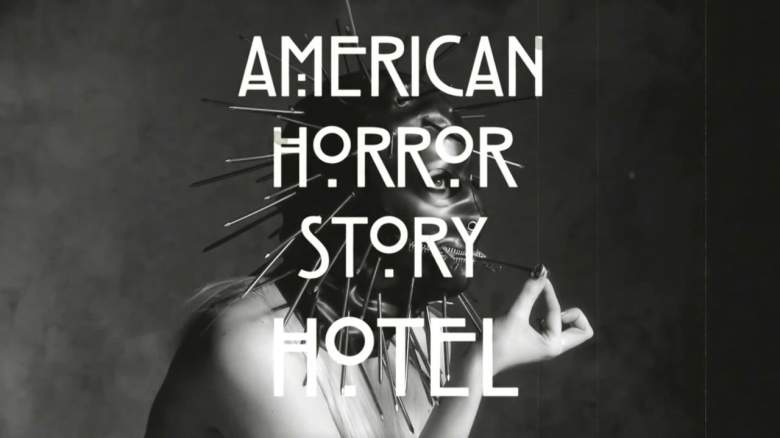 Tonight is episode 3 of American Horror Story: Hotel and the blood bath continues. Episode 3 is titled “Mommy” and the official synopsis reads: Alex is pushed to her breaking point after Scarlett stirs up memories of Holden; Donovan is targeted by a dangerous rival of the Countess. On tonight’s show, we get to meet Angela Bassett’s character Ramona, who is an ex-lover of The Countess and she may have found a teammate in Donovan. Read on for tonight’s live episode summary, spoilers, official tweets and cast details.

Who will the Hotel claim next? #AHSHotel starts right now, East Coast. pic.twitter.com/XmL7gF3UAz

The episode begins with Tristan Duffy getting off the elevator in the hotel. He hears a record playing and calls out, “Hello.” He tries to talk to Mr. March’s ghost saying that he didn’t understand him before, but now he’s a fan and loves the art of the kill. Duffy calls him the greatest serial killer that’s ever lived. Suddenly, March appears and Duffy praises him. March is happy and decides to show Duffy his “black closet”, which is one of the many rooms in his “murder palace.” March and Duffy are interrupted by the new owner of the hotel, Will Drake, and his fashionista friend Claudia Bankson, who is played by Naomi Campbell. They wonder what happened to deep cut that Duffy had given himself across his cheek as it has disappeared. They threaten to call the police on him if they see him again. Of course, they cannot see March and his faithful laundress Ms. Evers. When March hears the changes Drake wants to make to the hotel, Duffy tells them not to worry and that he’ll happily handle the situation.

Mr. March has more than a few skeletons in his closet. #AHSHotel pic.twitter.com/e5GCgtonal

In the next scene, Mrs. Alex Lowe is shown at work, caring for children as a pediatrician, in particular, a child with the measles. She remembers she had an unhappy childhood and then remembers her son Holden being born. She said she felt whole and that Holden was her soulmate. She said she sometimes felt guilty because she didn’t feel the same connection with her daughter Scarlett. When Holden disappeared, she hoped that he would be found. Alex took medicine to try to help her get over it and she thought time might help, but it wasn’t. Alex decided to slit her wrists in the bath tub and her husband John saved her. The scene moves to a therapy session between herself, her daughter and her husband. She tells Scarlett she doesn’t understand why she would make up stories about seeing Holden. John jumps in and asks Scarlett to tell them exactly what happened. Strangely, Scarlett said that Holden smelled like lavender, which struck a chord with Alex.

Next we see Claudia Bankson in her room. She loses reception with her phone and begins to change her clothes. In the bathroom, she starts to see ghosts of some kind and believes she’s hallucinating. She lays down in bed and junkie Gabriel grabs her from inside the mattress. She tries to fight back and Gabriel ends up stabbing her to death. In the meantime, Detective John Lowe is investigating more murders at a gossip site office. Their tongues were nailed to the desks because they trafficked lies, which was breaking a commandment. John walks into the hotel and a blood-covered Gabriel runs into his arms, gasping, “Help me.”

Will Drake sits in his room going over hotel plans when Duffy sneaks up on him after picking the lock. He apologizes for messing up the fashion show and says he no longer does drugs. Again, Drake asks him how he got rid of the scar on his face. As Duffy questions Drake about the plans that don’t seem to go with the hotel, he tries to come onto to Drake. Drake tries to resist, but he can’t. Duffy pulls out a knife to cut Drake, but The Countess signals him not to kill Drake. A frustrated Duffy puts the knife away and leaves him.

Gabriel is being pushed on a stretched in the hospital and apologizes for killing Bankson, telling Detective Lowe that he thought she was junkie Sally. He said that Sally is the one who made him suffer. Gabriel then dies on the stretcher. When Lowe returns to the hotel, he finds Bankson’s room being cleaned out and he questions Sally about Gabriel. She mentions the ten commandments and Lowe tells her she’s under arrest. He tells Sally that he knows she texted him. She says that she is starving and knows he is starving as well. A tear drops from her eye as she fondles Lowe and licks his ear in the elevator. He tells her that he wants to help her and she says that she wishes he could. Sally tells him that they were meant to be and she disappears into thin air.

In the next shot, Donovan walks into the hotel and his mother Iris comes up to him showing him possible places to live and move out with her. He tells her he never wants to move in with her. Iris tells her son that the Countess was just using him. An angry Donovan tells her that he hates her. She tells him that she gave her life for him, that she kicked out his father for him. Donovan said that when his father left, he made him promise that when he was old enough, he would run away. Donovan blamed his mother for his becoming a druggie. Donovan says that a real mother would have let him die rather than live as a monster. He said that her bringing him back was selfish and he leaves Iris crying in the lobby after telling her to kill herself.

It’s night time and Donovan is shown sucking the blood of a passed out junkie. He then finds someone who seems to have car trouble. It’s Ramona Royale, an actress and former lover of the Countess. She knocks out Donovan and puts him in her car.

Back at the hotel, John Lowe’s wife shows up and the two hang out in the bar area as Liz Taylor serves them and blows Alex a kiss. Alex hands John divorce papers and John begins to cry that he doesn’t want a divorce. They both agree they love each other, but Alex says that it’s not enough. John pleads with her and he breaks down crying. He begs her to stay and says that he thinks he’s going crazy.

The Countess and Will Drake meet upstairs and share a bottle of wine. In this scene, we find out that Drake is also a vampire. The Countess tells him he’s a genius and that Will Drake must die. Though Drake is gay, he begins to make out with the Countess. An angry Duffy enters the room and the Countess leaves. Duffy tells the Countess that he doesn’t understand why she came onto Drake because he just has money. The Countess reveals she doesn’t have as much money anymore. She says that the famous Bernie Madoff swindled her out of her money. She must marry Drake and then they can kill him so that she inherits all of his fortune.

Alex takes John back to his room and the two begin to kiss as John apologizes over and over for not making their marriage work and for not being able to find their son. John says they should have another baby and Alex flees. In the hallway, she finds a blood-covered, dead Bankson. She then sees her son Holden at the end of another hallway and she walks swiftly toward him. She kneels down in front of him and he says, “Hi, Mommy.”

In the next scene, Sally asks Iris why she wants to die. She’s about to give Iris a lethal injection and Iris talks about how her own son hates her. Iris says she cannot find happiness, calling herself a joke. Sally decides to aid her in her death. She makes Iris swear that she doesn’t have any unfinished business so that she won’t come back and haunt the hotel. Meanwhile, Donovan wakes up, hooked to an IV that is taking away the blood he just took in from the junkies he fed on. Ramona tells him she’s going to clean up his blood. He asks her who she is and she tells him all about her success as an actress.

Donovan is shown back at the hotel and Liz Taylor says to him that he thought Donovan had left for good. Donovan says that he has nowhere to go and that his career as an actor is basically a joke. He says he has no one. Taylor tells him that he’s actually a very lucky man. He scolds Donovan for abusing his mother, saying he’ll never find another person who loves him as much as she does. Meanwhile, Sally is trying to help Iris die upstairs. The drugs are not working so Sally decides to use a plastic bag over her head to suffocate her. Iris begins to suffocate as Donovan starts banging on her room door, calling for his mother. Donovan cries, saying that she’s all he has in the world and he decides to turn her into a vampire.

Until next week, little monsters, when Detective Lowe is invited to dine with evil …