Michael Myers is a legendary character associated with Halloween as he’s the focus of the original Halloween movie in addition to the many sequels and remakes made since its debut. The franchise actually consists of 10 films in total. The original film was released in 1978 and was directed by John Carpenter. It starred Jamie Lee Curtis who appeared in several films in the series. Michael Myers is a character who was committed to a sanitarium as a child after murdering his older sister Judith Myers. Fifteen years later he escapes and killings ensue. Each of the films in the series take place on the holiday Halloween. The original film is accredited with being inspired by Alfred Hitchcock’s movie Psycho. Just this year, in 2015, it was announced that another movie has been written and it’s titled Halloween Returns.

To kick things off in the spirit of Michael Myers, check out the original movie trailer for the film above. Now take a look at the top 10 best quotes from the movie.

– Death has come to your little town, sheriff.

– I met him, fifteen years ago; I was told there was nothing left; no reason, no conscience, no understanding; and even the most rudimentary sense of life or death, of good or evil, right or wrong. I met this six-year-old child, with this blank, pale, emotionless face, and the blackest eyes… the devil’s eyes. I spent eight years trying to reach him, and then another seven trying to keep him locked up because I realized that what was living behind that boy’s eyes was purely and simply… evil.

– You’ve fooled them, haven’t you Michael? But not me.

– I- I- I watched him for fifteen years, sitting in a room, staring at a wall, not seeing the wall, looking past the wall – looking at this night, inhumanly patient, waiting for some secret, silent alarm to trigger him off.

– Poor Laurie! Scared another one away. It’s tragic, you NEVER go out.

– Yeah, you know every town has something like this happen… I remember over in Russellville, old Charlie Bowles, about fifteen years ago… One night, he finished dinner, and he excused himself from the table. He went out to the garage, and got himself a hacksaw.

– You must be ready for him… If you don’t, it’s your funeral.

– You can’t kill the boogie man! 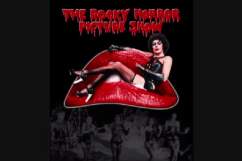 Read More
Halloween, Movies
Michael Myers is a legendary character from the horror film Halloween and its many other movies. Check out the theme song, along with best quotes and lines.