Shannon Beador and her husband David’s affair became public this season on Real Housewives of Orange County when the couple decided to air their issues on the show. Their goals in doing this are to bring hope to other couples who are suffering or going through similar hardships. David Beador had an 8-month affair with another married woman named Nicole McMackin. According to Shannon, McMackin even befriended her during the affair, which she believes took a lot of nerve. Recently, the Beadors say they’ve been doing great and they even endured a grilling interview about the affair from Andy Cohen on Bravo TV. Beador is currently appearing on the reunion episodes of RHOC, where the issue of David’s cheating is still being addressed.

Another issue that recently came up was when Shannon reportedly got in a fight with McMackin at a USC football game this past weekend, but Shannon had been trying to avoid the woman. According to Us Weekly, an eyewitness saw that McMackin was trying to get the couple’s attention by walking back and forth in front of them during the game. Later on, Shannon and McMackin literally ran into each other, which is when the fight is said to have gone down. The insider reports: That’s when Shannon calmly said to Nicole, ‘You have a lot of nerve being here.’ Nicole responded by putting her face ‘two inches from Shannon’s face’ and screaming, ‘Fuck you!’ Shannon followed with an, ‘Are you kidding me?’ to which Nicole replied, ‘You’re sick and you’re crazy.’ Shannon responded with, ‘Why are you describing yourself to me?’

Yesterday, Shannon Beador posted a photo of herself with her husband and friends at the USC game with this message about the altercation:

Someone with no moral compass decided to show up again. Watch reunion part 2 on Monday night and you will understand who I’m talking about. #narcissist #stalker

Clearly, Shannon Beador is a strong woman who can put on a happy face, even when dealing with stressful issues such as this.

Nicole McMackin is the President of Irvine Technology Corp, a firm which provides IT solutions and personnel. She also does volunteer work for Children’s Hospital of Orange County. Her husband Reed McMackin was the Vice President at Pan-Pacific Mechanical. 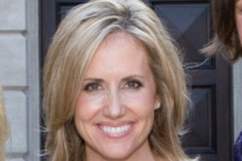