Shia LaBeouf was arrested for public intoxication in Austin. This is his mugshot. (Austin PD)

Shia LaBeouf was arrested in Austin for public intoxication, as onlookers yelled “Welcome to 6th Street, mother***!” Witnesses said that he was acting very erratic and defiantly jaywalking in front of police. However, another witness provided a video, shown in Fact #3, that shows LaBeouf calmly helping a very drunk woman into a car just a few minutes before his arrest. LaBeouf posted bail shortly after he was arrested.

1. He Was Arrested on 6th Street During Austin City Limits

LaBeouf was arrested on Sixth Street in Austin around 7:30 p.m. CST. The arrest took place just a few miles from where Austin City Limits, a large music festival, was kicking off its second weekend, My San Antonio reported. He was handcuffed in front of Darwin’s Bar on 6th street.

2. Onlookers Yelled “Welcome to 6th Street, Mother***!” As He Was Arrested

LaBeouf was arrested in a part of downtown Austin where many bars are located and people frequently hang out while intoxicated. As he was arrested, many onlookers filmed the arrest and one of them yelled, “Welcome to 6th Street, mother**!”, according to TMZ. One person on Twitter posted that it was his stepfather who arrested LaBeouf:

3. A Witness Who Recorded Him Helping a Drunk Woman Into a Car Said He Didn’t Seem Intoxicated a Few Minutes Earlier

Shia Labeouf just got arrested outside my bar lol pic.twitter.com/mYFoWx05Hf

A poster on Reddit is telling a story very different from other witnesses. This poster claimed that he was with LaBeouf just a few minutes before his arrest and LaBeouf seemed completely coherent at the time and just a little tipsy. He said that LaBeouf helped a girl who couldn’t stand up on her own get into a taxi and then smoked a cigarette with him for a few minutes. Two drunk girls were following LaBeouf around, he said, and you can see the girls in some of the photos. Here’s a video he later shared on his Facebook page of LaBeouf helping a drunk girl into a car:

4. Other Witnesses Said LaBeouf Was Swearing as He Defiantly Jaywalked Across the Street in Front of the Police

Some witnesses are telling a completely different story, saying that LaBeouf was acting out of control and disobeyed police officers. They said that LaBeouf and a group of women tried to walk into a bar but were denied because they were too intoxicated. LaBeouf started swearing and tried to force his way into the bar, TMZ reported. He was arrested after he started to cross the street where a “Don’t Walk” sign was posted, KVUE reported.

5. He Was Jailed And Posted Bail a Short Time Later

He was booked into Travis County Jail after 8 p.m. LaBeouf posted bail a short time after he was arrested, Access Hollywood reported. 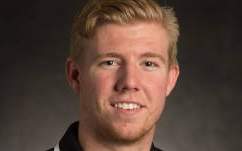 Read More
Entertainment
Shia LaBeouf was arrested for public intoxication, but he was shown a few minutes before nearly sober and helping a woman into a car. Here are photos & videos.