Supergirl premieres tonight with an episode that everyone is already talking about. After 12 years of keeping her powers a secret, Kara Zor-El, Superman's cousin, decides to finally embrace her abilities and be the hero she was meant to be. You may remember Melissa Benoist, who plays Supergirl, for her leading role on the last seasons of Glee.  Vox refers to Supergirl as "one of the scrappiest and most irresistible shows on television this season." (Darren Michaels/CBS) Airs Monday, Oct. 26 (8:30-9:30 PM, ET/PT), on the CBS. The series moves to its regular time period (8:00-9:00 PM) on Monday, Nov. 2. 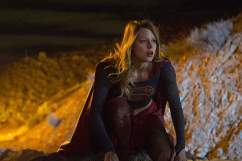 When Does ‘Supergirl’ Air? 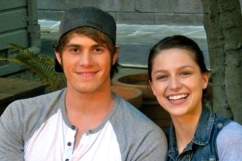