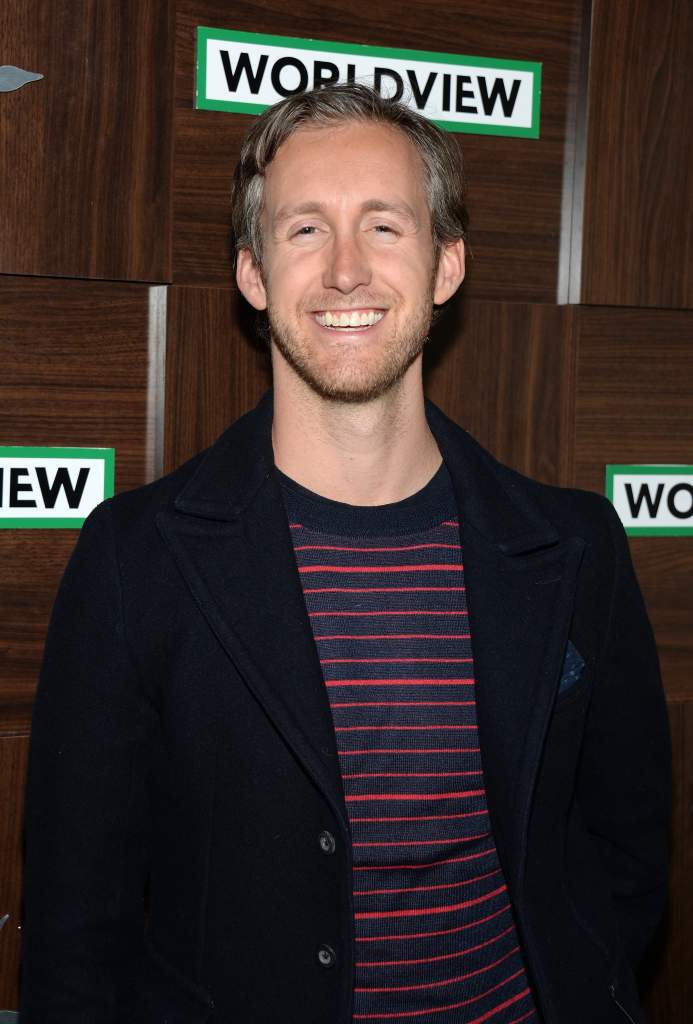 Adam Shulman is the producer married to actress Anne Hathaway. They are expecting their first baby. (Getty)

Anne Hathaway and husband Adam Shulman are reportedly expecting their first baby together. Married since 2012, the couple are excited for a new addition to their family, according to a source for E! News who said, “Anne is in her second trimester and feeling great!”

Hathaway has said she wanted to be a mother in the past and rumors have been flying for months about her possible pregnancy. Shulman and Hathaway have been dating since 2008 and Hathaway’s status as a well-known, Oscar-winning actress paired with Shulman, an actor and jewelry designer, seem to be a good match.

Read more about their relationship and get to know Shulman here:

1. The Couple Have Been Married Since 2012 & This Is Their First Baby 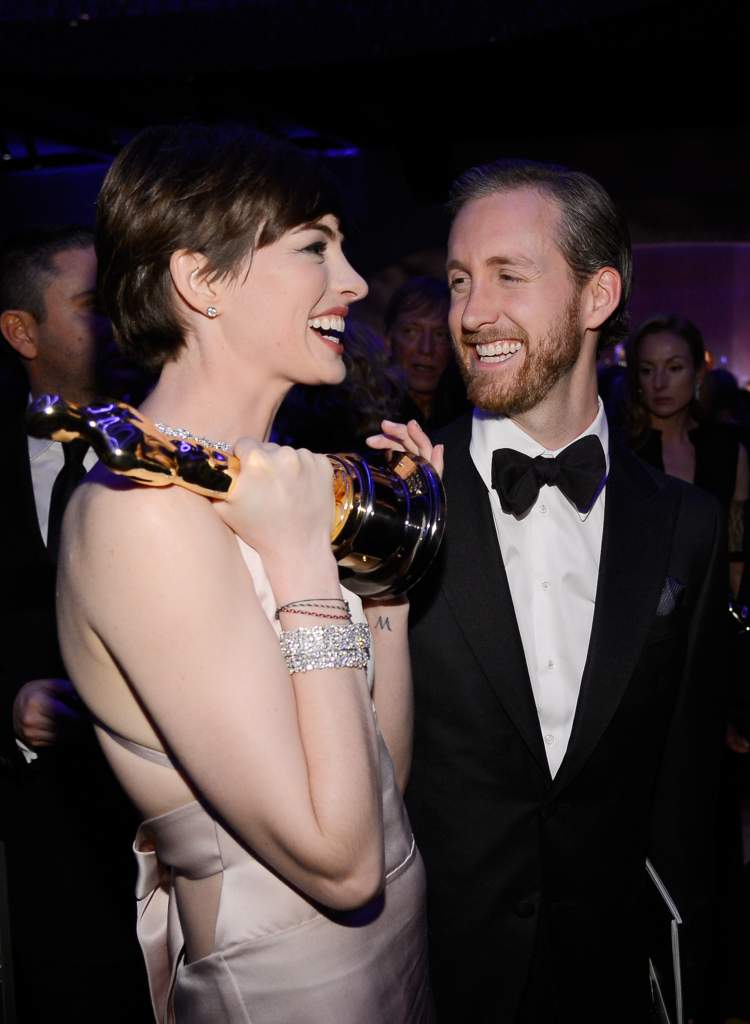 They first met in 2008 and began dating, but were hesitant at first. “We hit it off immediately, but it took us a pretty long time to get together,” says Hathaway.

Hathaway explains they both thought the other was already in a relationship so they didn’t want to get involved with each other. Once they realized they were both single, “things sped up a bit.”

Shulman, 34, and Hathaway, 33, seem to have had a strong and loving relationship from the start. Even when they were just dating the couple seemed to find joy in each other’s company. Hathaway explained in a 2011 interview with People, “I’m so delighted by my boyfriend. He’s all the things you want a partner to be. I so find joy in his presence.”

The couple eventually got married in 2012. In a 2013 interview with Vogue Hathaway reveled how excited she was to be a mother even though she wasn’t yet pregnant:

Oh, my God. I want to be a mother, and I anticipate loving my children quite fiercely. I think about it all the time, though it’s a silly thing to think about because the kind of mother I’ll be depends on the kind of children I have. I can’t wait to meet them. 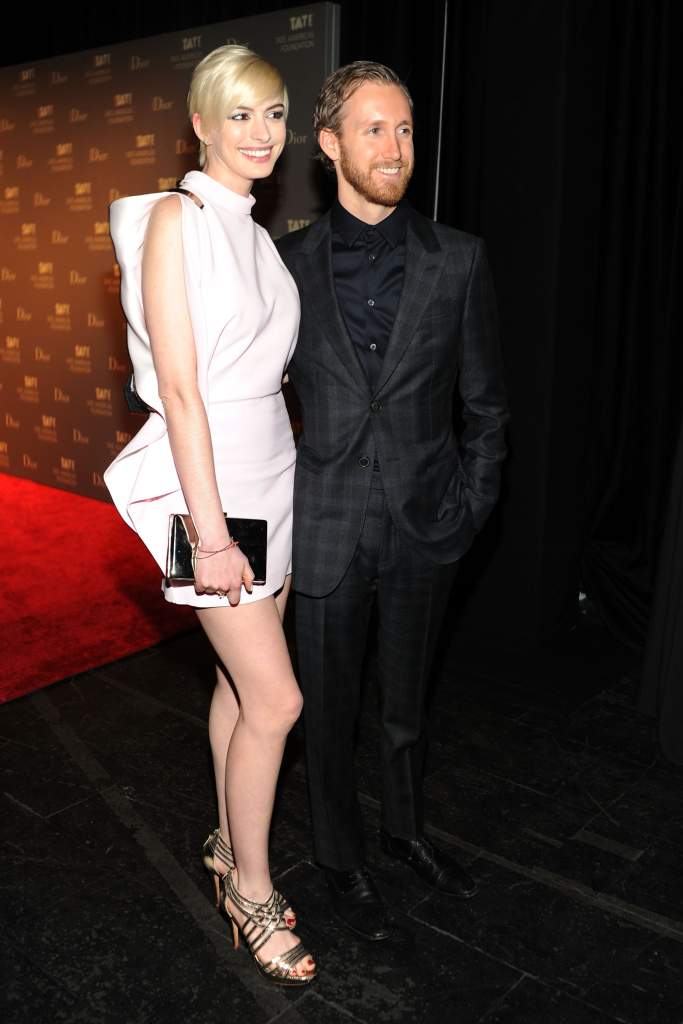 Anne Hathaway and husband Adam Shulman attend the Tate Americas Foundation Artists Dinner. Hathaway has talked about wanting a baby for a while and despite rumors in the past, the news of her pregnancy is now being revealed. (Getty)

Aside from being in Ricki and the Flash and The Dukes of Hazard: The Beginning and producing Songs One, which Hathaway starred in, Shulman has a jewelry line called James Banks.

Two years ago at an event showcasing his line, Hathaway’s support and the couple’s love for one another was noted by E!:

“She was definitely there to support her husband; they spent much of the night sipping champagne near the James Banks display…Their love and support for each other was noted by just about everyone there.”

Shulman along with business partner Heidi Nahser Fink own James Banks Design and created the company in 2011. Reportedly Shulman’s middle name is Banks.

Fink told People when talking about some of the pieces in the collection, “The process of designing is an endless journey … It’s like a path, it tells a story.”

The vision and mission of the James Banks company is probably best summarized by the website itself.

The mentality behind our work is that jewelry should be more than just an object you wear but rather should carry with it a past and a future that can mold and change with your life.

3. His Jewelry Company Has Worked With Charities & Donated Their Proceeds 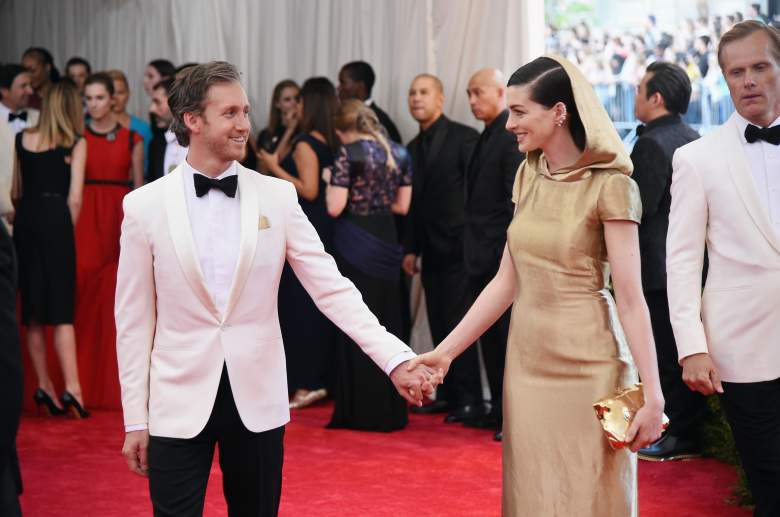 In 2013, Shulman in collaboration with Fink created modern, handcrafted jewelry for the World of Children Award, a foundation dedicated to advancing work on behalf of children worldwide. Over the course of two months they created a special piece that incorporated elements of the charity’s logo that was also fashion-forward, along with other pieces.

100 percent of the proceeds from these pendants and bracelets sold at an event for the charity and featured on the website went to the foundation. Shulman explained the intricate details in his pieces to People:

We wanted, when people wore it, for it to look like a piece on its own, but the closer you get, you say ‘What is that?’ It incorporates children, worlds. It looks like a flower blooming, but up closer it’s another thing. The concept of the key is, you put a key in and it unlocks. The key itself can’t work on its own, you need people — it’s a group effort. That’s what’s so beautiful about this organization, it’s not just one person.

Their pieces are known for their detail and being meaningful. Some of the elements they incorporate in the jewelry include glass pendants with jewels inside, which the customer can hand pick, and key pendants. The glass pendant is called a “Lightkeeper” and was inspired by Hathaway. “My wife said to me, ‘I feel like when I’m away, I lose my light, I don’t have the light in my life with me,’” he told People.

Fink and Shulman seem to make a good professional pair and she can’t say enough good things about him, she told People:

I just couldn’t believe how visual he could be with just words, while I had the pieces,” she says. “I never knew I would find someone to work with that would be so inspiring. 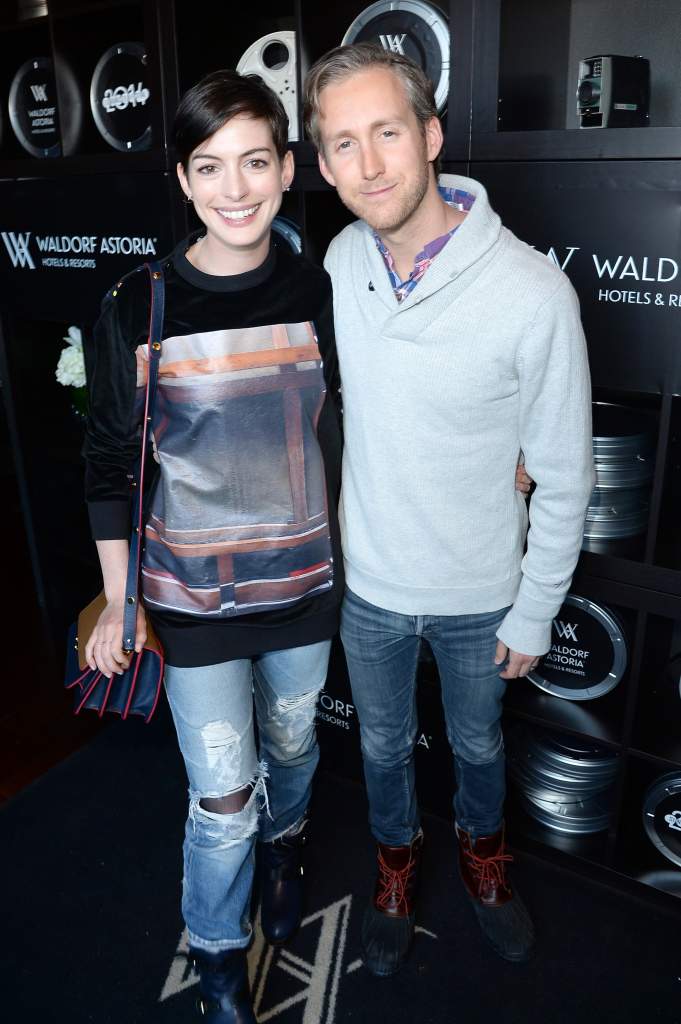 Anne Hathaway and Adam Shulman attend a football viewing party in 2014. The couple has been married since 2012. (Getty)

Shulman is said to be, “sensitive and kind to a fault. I think Anne may have found a kindred spirit,” a friend of Hathaway’s told Hollywood Gossip.

Hathaway’s ex, Raffaello Follieri, turned out to be a convicted conman who was eventually deported back to Italy spending time in federal prison. The two dated from 2004 to 2008 when Hathaway broke up with him right before he was arrested.

Hathaway explained in an interview in 2011 that her relationship with Shulman is calmer and more mellow than ones she had in the past and she would often get caught up in the romance, which “was exhausting, and sometimes it would freak me out. Mellow doesn’t always make for a good story, but it makes for a good life.”

But she enjoys working at a relationship and strengthening it, she told USA Today:

I’d rather be working for a paycheck than waiting to win the lottery. … That’s the way I feel about love.

5. He Has Supported Hathaway When She Lost Acting Roles 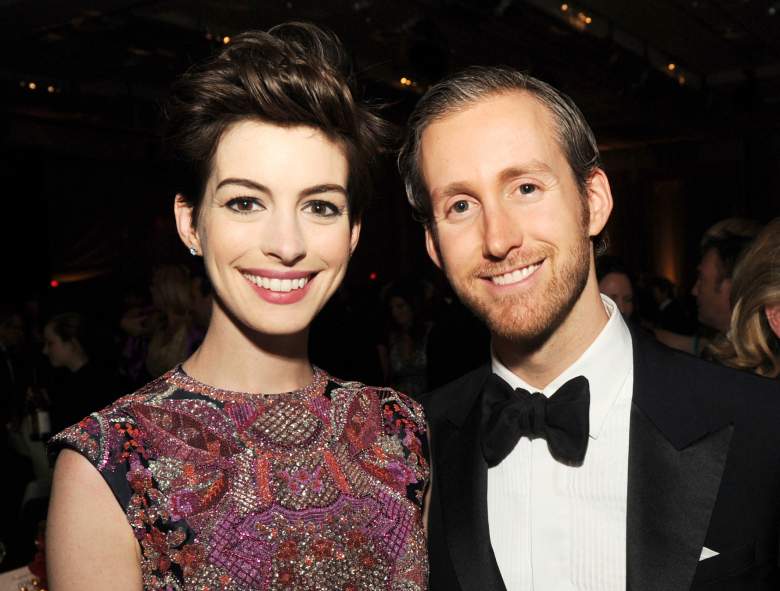 Hathaway opened up in her September cover story with Glamour UK about realizing as she gets older, she’s being overlooked for roles:

When I was in my early twenties, parts would be written for women in their fifties and I would get them. And now I’m in my early thirties and I’m like, ‘Why did that 24 year old get that part?’ I was that 24 year old once, I can’t be upset about it, it’s the way things are. All I can do right now is think that thankfully you have built up perhaps a little bit of cachet and can tell stories that interest you and if people go to see them you’ll be allowed to make more.

But that is the way to acting world works, she explains. Actresses have to take different roles than they may be used to taking as they get older because there are so many talented people.

I look around at my peers and I’m so blown away by their talent and their beauty and their cool style, as well as their ability to be an actress and be a movie star and be good at it. I mean, they’re so good and we’re all trying to get the same parts.

But she has Shulman to support her and cheer her up when she doesn’t get a role. “I’m his and he’s mine, oh God stop it … so cheesy, excuse me,” she said laughing in an interview.