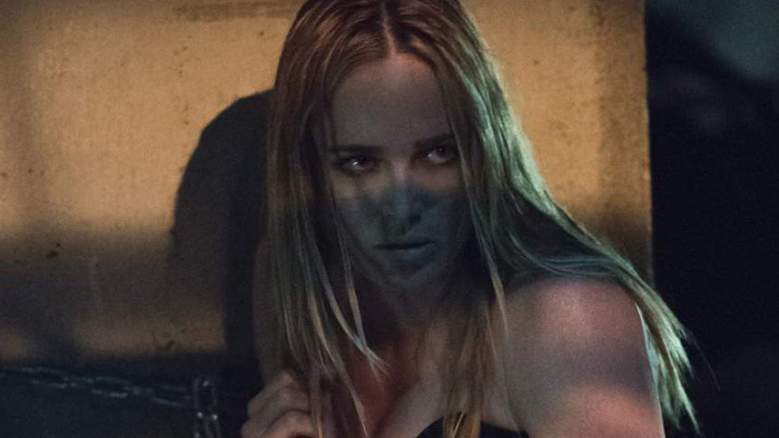 Can Sarah be saved? Can her soul be reunited with her body? The Arrow team will certainly try in Wednesday night’s new episode. (Facebook)

John Constantine is alive, but he might not be well.

The fan favorite reprises his role in the latest episode of Arrow, appropriately titled “Haunted.”

The demon hunter-slash-occult master is put to work to try and solve the problem with the resurrected Sara Lance (Caity Lotz) who has not been herself since returning to the world. Constantine (Matt Ryan) is tasked with using his black magic skills to reunite Sara’s soul to her body. And it won’t be easy.

Still, it’s the only option the group has left. After all Laurel (Katie Cassidy) has been keeping her sister locked up in chains in her basement. That’s why Oliver (Stephen Amell) calls in his old friend.

Of course, there’s still plenty of drama outside of the basement. Oliver is still trying to stage his mayoral campaign and prove to the city that he’s a legitimate candidate. That’s naturally easier said than done for a former playboy whose reputation in his city isn’t exactly top-notch.

According to reports Constatine’s appearance on Arrow is slated to be a one-episode stint, but there’s already a movement to keep the character in that universe. Even Ryan said he enjoyed being back on screen as the demon hunter, telling Variety:

What’s great about that episode is that John comes into this ‘Arrow’ world, and everyone doesn’t believe, or doesn’t know about, these occult worlds beyond ours, and John’s just like, ‘Look, this is the way sh— is.’ And he’s an arrogant bastard as well, so everyone’s a bit thrown off by him.

Arrow airs at 8 p.m. Wednesday on The CW.