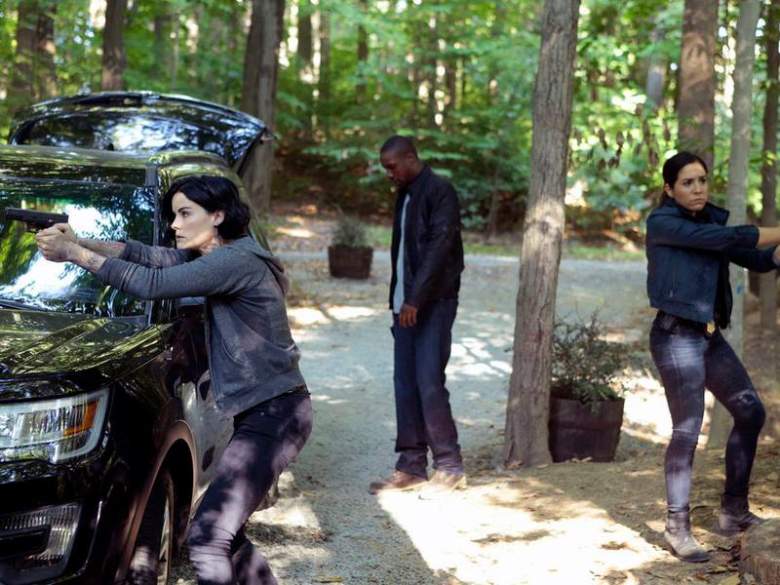 A job in a remote location helps reveal more information in the always-confusing world of Blindspot on Monday night. (Facebook)

Jane Doe (Jaimie Alexander) and FBI Agent Kurt Weller (Sullivan Stapleton) haven’t exactly had the easiest relationship so far this season. That is, of course, fairly understandable. But the two will face their biggest challenges, still trying to piece together Jane’s past and determine their own future.

Check out the latest preview of Monday night’s new episode:

In the latest episode of Blindspot, titled “Sent on Tour,” Jane and Weller are given another brand-new case that will test their fragile relationship and their very possible romance. It’s a move Stapleton said he was anxious to explore this season, adding a brand-new level of drama to the already dramatic hit. He explained:

At first, we are quite suspicious as to why the FBI was directly linked to this case, and why his name was tattooed on her back. Then through the investigation and the tests they’ve put her through, he realizes that she’s telling the truth.

While Jane and Weller sift through their own feelings, Mayfair’s (Marianne Jean-Baptiste) connection to Operation Daylight may, finally, be revealed. The information will come to light as the team faces a new criminal in a remote location, forcing the group to reveal some of their most intimate information.

Show creator Martin Gero told Variety that viewers will learn the origin of Jane’s stenographic tattoo on Monday night and added that more information be shared as to the man with the tree tattoo “over the next three or four episodes.”

Read More
Blindspot, NBC, TV
Read on for the latest spoilers on Monday nigh'ts brand-new episode of Blindspot and check out the latest preview clip.