Tonight was an insane start to the 2015 finale of Dancing With the Stars with tons of 10’s being handed out by the judges. Carlos PenaVega, Nick Carter and Bindi Irwin all had perfect nights with a 60 out of 60 for each of their scores. But, even with all that talent, someone had to get voted off to make room for just three finalists to move on. So, who got eliminated on tonight’s episode? The show said goodbye to …

The first couple announced as being safe was Alek Skarlatos and Lindsay Arnold. The second couple revealed was Bindi Irwin and Derek Hough. This meant that Nick Carter and Carlos PenaVega were in jeopardy.

The night was filled with energy, laughter and also tears from being moved by performances from Alek Skarlatos, Bindi Irwin, Carlos PenaVega and Nick Carter. Former cast members were in the audience as well as on the dance floor. Hayes Grier, Paula Deen and Alexa PenaVega even joined in on the freestyle routine of Witney Carson and Carlos PenaVega. It was quite the night.

Tomorrow is part two of the live finale and each of the remaining contestants will have to perform a fusion routine, which combines two different kinds of dance styles.

DWTS Results: Who Are the Top 3 Finalists? 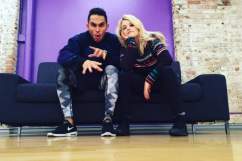 Carlos PenaVega: Will He Win ‘Dancing With the Stars’ or Be Eliminated Tonight?