Deport Racism recently posted a video that featured children hurling obscenities at Donald Trump. The group has now offered to pay $5,000 to anyone who yells “Deport Racism” or “Trump is a Racist” during the live TV broadcast of Saturday Night Live while Trump is hosting this Saturday.

The (NSFW) video posted above features two children yelling out obscenities about Trump and raising the middle finger at him. At the time of posting, the video had only 2,198 likes on YouTube and 13,096 dislikes. The video starts out with the words: “Hola, Donald Trump! Screaming, ‘Get out of my country!’ Republicans use offensive words. So here’s a few of our own.”

2. The Group Is Now Offering $5,000 to Anyone Who Yells “Trump is a Racist!” During Saturday Night Live 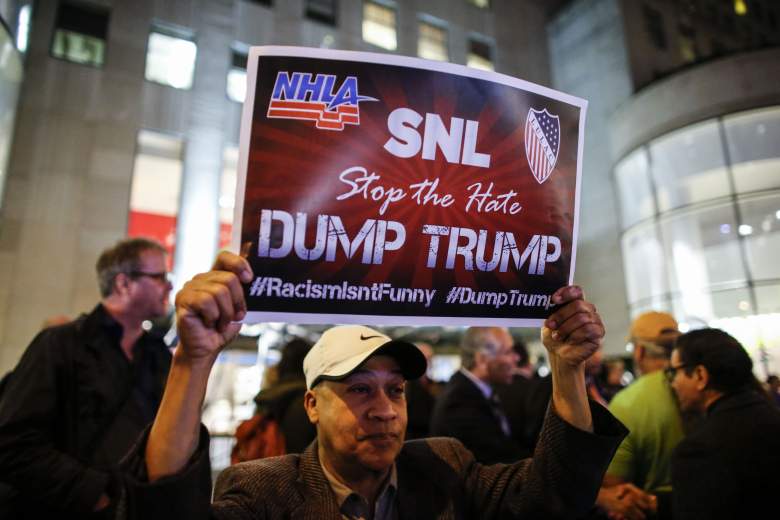 A man protests in front of NBC studios, calling for the network to rescind the invitation to Donald Trump to host Saturday Night Live. (Getty)

Donald Trump will be appearing on NBC’s Saturday Night Live on Saturday, November 7. The Latino community was angered by this news, saying that letting Trump be on the show gives support to his offensive and racist comments, Rise News reported. Deport Racism wants to hold the station accountable and is offering $5,000 in cash to anyone who yells “Trump is a racist!” or “Deport racism!” during the live broadcast, The Hill reported. In a press release, Santiago Cejudo, an organizer with the group, said:

We’re hoping the $5,000 will help people on set or in the studio audience find the bravery to speak out loudly and help focus the national conversation on that we need to deport racism, not people.”

3. Some Suspected That YouTube Deleted Dislikes for the Video

Reddit user ahmed20415 posted this screenshot of what he says are dislikes decreasing in number on YouTube over time. (Imgur)

4. Others Believed Hillary Clinton Was Behind Deport Racism’s Campaign, But It’s Really Just One Activist Who Supports Clinton

Liberty GB reported that Deport Racism’s website included a link for supporting Bernie Sanders’ campaign. However, digging into the source code of the website revealed links to Clinton’s campaign gear, accessories, and a “White House Wonder Woman” Vimeo file, which is private. The code also linked to a website called Bill for First Lady 2016, which described itself as a “national online grassroots movement of young Americans to support Hillary Clinton for president in 2016…” The website is registered to Luke Montgomery, who is an activist for Hillary Clinton and founder of the Bill For First Lady website.

Some have said that these are signs that Hillary Clinton’s campaign is behind the anti-Trump campaign run by Deport Racism. However, this isn’t actually the case. The truth is that Luke Montgomery, a Clinton supporter and activist, is the person behind all the sites, without any direct connections to Clinton.

5. Deport Racism Is an Online Movement to Fight Anti-Latino Racism in the 2016 Election 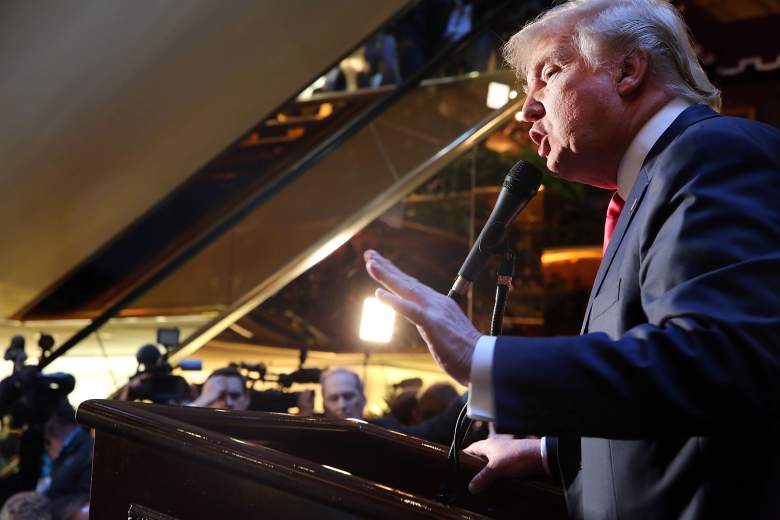 Deport Racism is paying $5,000 to anyone who yells “Trump is a Racist!” during Saturday Night Live. (Getty)

Deport Racism is a PAC that was created to fight anti-Latino racism in the 2016 election. The group focuses its work on creating viral videos, social media memes, and “headline-generating confrontations,” according to its website. 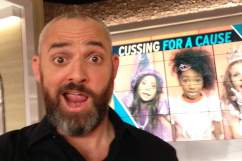