On tonight’s episode of Saturday Night Live, Donald Trump is the host and voters cannot wait to watch. While we hope that Trump delivers some amazing one-liners, there are some skits that Trump actually had cut for being to risque. Trump told Fox News’ Bill O’Reilly about why he cut certain sketches, explaining that:

Despite cutting out some of the skits, Trump says the remaining ones should do well. In response to Trump being on SNL, there have been may protesters outside the studio hoping that the network will change their mind about having Trump as the host. Musical guest SIA accompanies Trump on the show tonight.

Check out some of the best quotes and skits from SNL with Trump below, including his “Hotline Bling Dance”:

"Many of the greats have hosted this show. Like me in 2004." —Donald Trump #SNL pic.twitter.com/oE0ahsbl92

“I don’t hold any grudges against anybody like Rosie O’Donnell … I said mean things about her, but they were completely accurate.” – Donald Trump

Because of course. #SNL https://t.co/jBMU1W7MJm 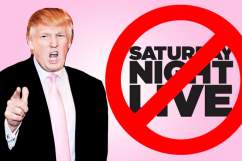 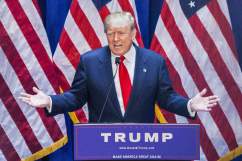