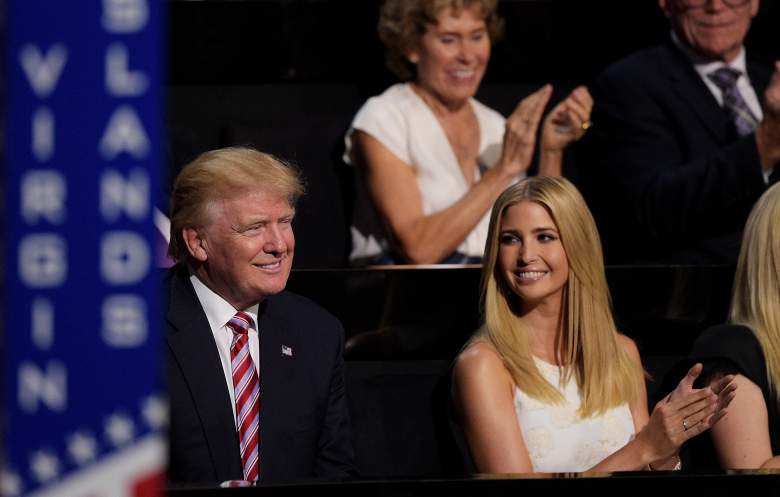 Donald Trump will deliver the most important speech of his presidential campaign thus far on Thursday, when he is expected to accept the GOP nomination at the Republican National Convention. However, his eldest daughter Ivanka Trump, will also have a lot of pressure.

Thursday night, she is going to deliver a speech normally given by the spouse of the nominee. Ivanka will introduce Trump before his own speech in which he accepts the nomination at Quicken Loans Arena.

“I am terrified,” she told Savannah Guthrie in an interview on Today. “I’ve never spoken in a stadium like this, but really I just want to make sure I do a great job for him. So it’s a real honor and a privilege that he asked me to do this, and I think it’s a testament to him as a parent.”

Ivanka has become a central figure in her father’s quest for presidency. Poised yet powerful, Ivanka, has softened her father’s strong approach and served as a trusted advisor.

Politico has even described Ivanka as the “quiet power behind the Trump throne.”

“There’s no better reflection of a man than his children,” Michael Caputo, a former senior adviser for Trump’s campaign told Politico. “And I think she’s one heck of a reflection.”

The 34-year-old businesswoman balances many roles: she’s an activist for empowering women, an entrepreneur, author, wife and mother of three.

“My life is chaotic right now. I’m exhausted 90 percent of the time,” Ivanka told People in a recent interview. “But it’s been an amazing time.”

Here’s what you need to know about how Ivanka:

1. She Insists Her Father’s Criticism is Not Gender-Targeted

Ivanka stands by her father and although she knows he is a frank person, she says Trump and her mother taught their children great values. (Getty)

Donald Trump and daughter Ivanka have both received a lot of attention for their views on women.

Ivanka’s efforts to empower women, through her fashion line and “Women Who Work” campaign, contrast some of her father’s much-publicized remarks toward women. Facing criticism for his comments towards Megyn Kelly of Fox News and Carly Fiorina, fellow Republican candidate, Trump’s daughter came to his defense. She explained her own success is an example of how Trump truly views women.

Look, my father is very blunt. He’s very direct. He is not gender specific in his criticism of people, and people that he doesn’t particularly like or people that he does like but thinks they’re wrong on a particular issue. So I don’t think that he’s gender-targeted at all. Like I said, I wouldn’t be the person I am today, I wouldn’t be a high-level executive within his organization if he felt that way.

Ivanka has risen to the top of the Trump Organization, where she serves as an executive vice president alongside her brothers Donald Jr. and Eric, managing the company’s international hotels and golf courses. But Trump’s comments about Carly Fiorina’s face and Megyn Kelly’s menstruation leave some not so convinced.

When asked time and time again if her father respects women, Ivanka has been adamant in her response.

“Well, clearly,” she told Town & Country last month. “Otherwise, I wouldn’t be where I am.”

Trump spoke about his daughter’s caring spirit in an interview with Vogue, “First of all, she’s got tremendous heart and a great warmth, and people see that. While she can be a very tough person if she has to be, she really wants to see the best in people.”

It’s apparent that Ivanka not only holds a prominent place within her father’s life and business, but also in his campaign.

“She is very, very trusted by me,” Trump told the New York Times in April. “She has great real-estate instincts and great political instincts.”

Trump told People in March that he was trying to tone down his blunt rhetoric after she advised him to “act more presidential.”

“She is, without question, one of her father’s most trusted advisers,” a longtime Trump advisor recently told Time.

2. She is the Vice President of The Trump Organization Along With Her 2 Brothers 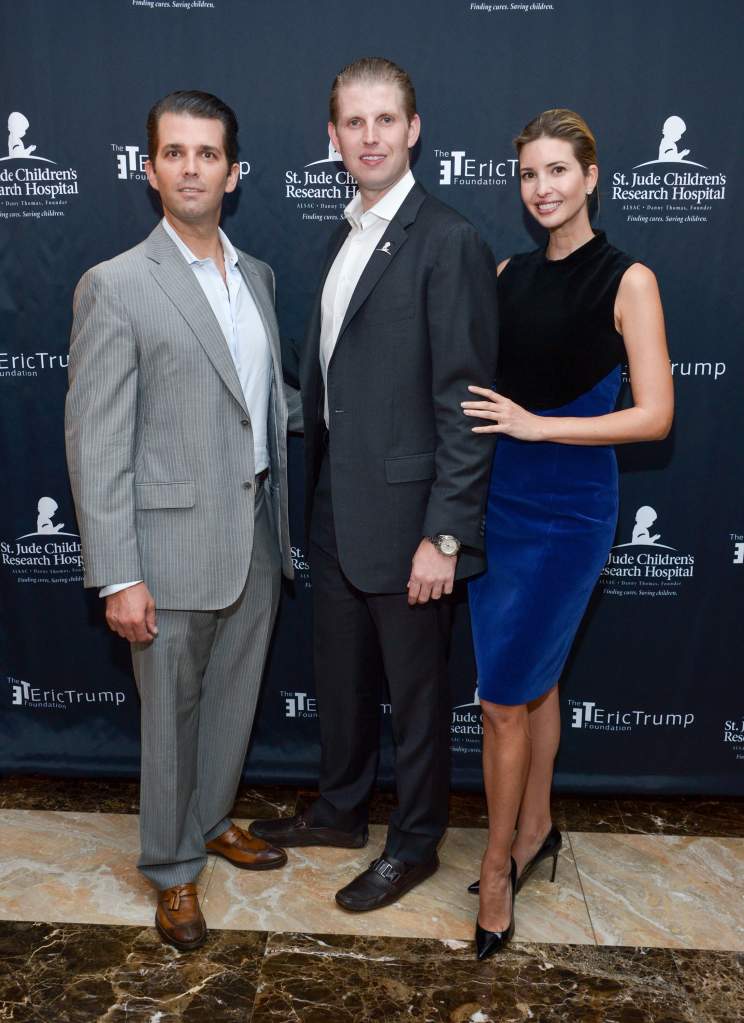 Donald Trump has five children altogether–including a daughter with second wife, Marla Maples, and a son with third and current wife, Melania. Ivanka, Donald Jr. and Eric are from his first marriage with Ivana Trump. All three children are part of the family business and hold the title of the Executive Vice President of development and acquisitions for the Trump Organization.

She joined the company in 2005 and directs all areas of the company’s real estate and hotel management platforms, according to the website. Ivanka, who studied real estate and finance, says she had a passion for real estate at a young age although she did not feel pressure to join the family business.

She said in an interview with Racked:

They tried to ensure that we didn’t have an entitlement to a certain lifestyle. Obviously we grew up very privileged, and it’s easy to take for granted what you have. My father told me, ‘You cannot be successful at the top level if you’re not deeply passionate about what you’re doing.’ They wanted me to find my own way.

She has taken the lead in many significant projects within the Trump Organization, including helping to coordinate Trump’s purchase of the Doral golf course in Miami in 2011.

“She has all the abilities of a good negotiator. She knows how to talk with a smile in her voice. People love to deal with her. And she does things a man can’t do. She’s willing to use her femininity.”

Ross said her approach to business is deliberate, yet thoughtful and she knows how to complete a project “without being bombastic and without tearing people down.” 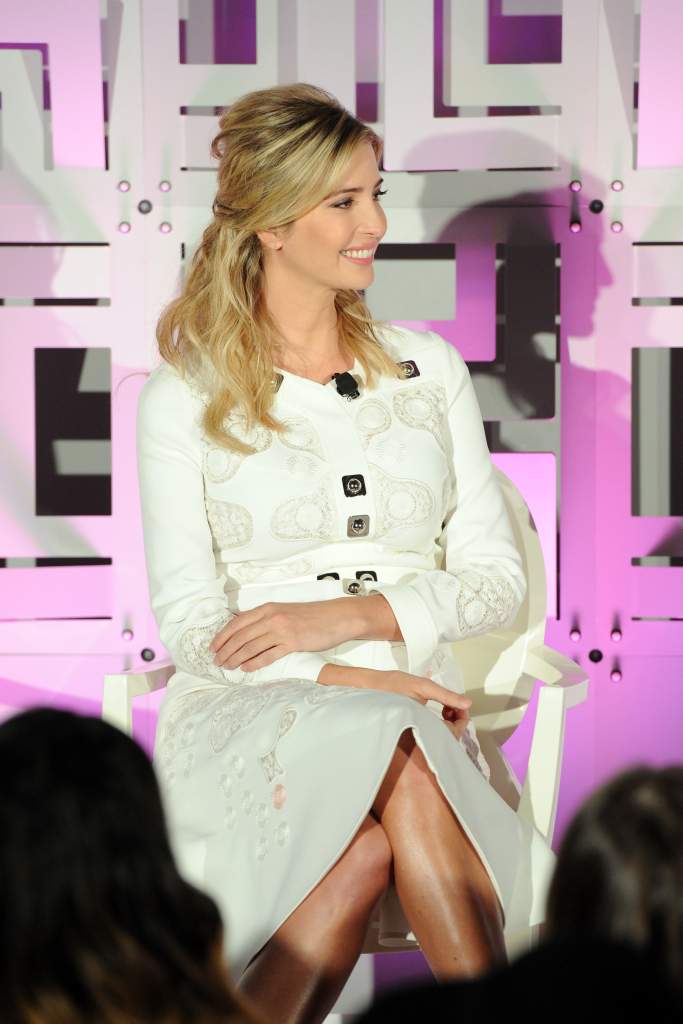 A former model, Ivanka had an affinity for the fashion world from a young age. However, she also had a strong business acumen. It led her to create her own fashion line, which began in 2007 with Ivanka’s idea to create a jewelry line for women buying for themselves.

Ivanka’s fashion company now sells luxury women’s apparel from clothes, and shoes to high-end jewelry. She said in an interview with Racked:

The woman I’m dressing is young and in the early stages of her career. She’s polished and professional and embraces her femininity. She is value-oriented, but she looks for great quality. She is also someone who’s constantly multi-tasking. I have two young children and multiple businesses that I’m overseeing… This idea of transitional dressing is a way to express yourself in a way that’s appropriate across all settings.

Further sharing her knowledge as a businesswoman, Ivanka also wrote the book,The Trump Card: Playing to Win in Work and Life in 2009 to advise, “young women on how to achieve success in any field, based upon what [she] has learned from her father and from her own experiences.”

She is authoring her next book, which is called Women Who Work.

In an interview with Fortune Magazine, she explained how the real estate and fashion industries overlap when it comes to being “intensely focused on execution and detail,” which she says are characteristics that are the very core of who she is. 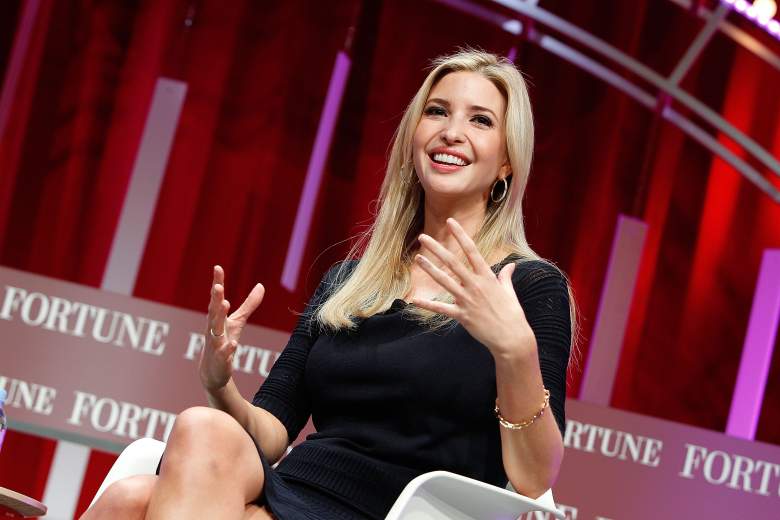 Founder and CEO of Ivanka Trump Collection and Executive Vice President of Development and Acquisitions of The Trump Organization, Ivanka Trump speaks onstage during Fortune’s Most Powerful Women Summit. (Getty)

Ivanka’s website, IvankaTrump.com is devoted to giving advice to women who work.

The modern working woman looks fundamentally different from women in previous generations. For the first time in history, we’re embracing the fact that our lives are multidimensional. We’re doing work we love, work that inspires us, and we’re also pursuing our passions and making them priorities.

She often speaks at events for women such as Cosmopolitan’s Fun Fearless Life 2015, Glamour Magazine’s Women of The Year Awards 2015, and Fortune’s Most Powerful Women Summit 2015.

5. She’s Married to Businessman Jared Kushner & They Have 3 Children

Ivanka Trump and Jared Kushner on their wedding day in 2009. (Getty)

Ivanka announced that she, and her husband Jared Kushner were expecting their third child on Instagram in September. “At the end of the day, it’s my family that is at the center of my life — and to be adding another baby to our family is a tremendous blessing. Jared and I are so thankful, and so excited,” she told USA Today.

The couple have been married since 2009 when they wed at the Trump National Golf Club. They both come from real estate families and have taken on large roles in their family businesses. Ivanka told Vogue she feels they complement each other very well and are very involved in their children’s lives, but still make time for each other.

His own dreams are bold, and I love that in someone, but he’s incredibly relaxed and calm. The world could be collapsing around him, and nothing fazes him. He’s very solution-oriented. Plus it was nice finding someone who is a genuinely good person. I don’t take that for granted. I feel really lucky to have met, like, a great New Jersey boy.

Kushner also opened up to Vogue about Ivanka and how he views their relationship. He compared it to a business, saying “I would say she is definitely the CEO of our household, whereas I’m more on the board of directors. We both pick up slack for each other where it’s needed, but she doesn’t want to outsource mothering, so she’s very involved.”

Ivanka says she tries her best to balance being in the public eye, running a business and having a family.

For me, it’s about living my life. I’m not fabricating at all. I’m living my life the way that I want to, and I’m building a brand that surrounds that. I’m a mother, I’m a wife, I’m an entrepreneur. I have many passions both professional and otherwise.